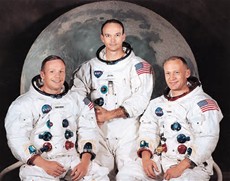 All the attention to the 50th anniversary of the Apollo 11 moon landing on July 20, 1969, reminds me of my own peculiar little footnote to this historic event.

At the time, I was a Peace Corps volunteer living in the north-central Indian village of Rajnagar (rough translation: Kingston) where I was working, together with my colleague Jagdish Prasad Mishra, a “village level worker” (i.e., an agricultural extension agent), to help local farmers increase wheat yields — a tiny part of the “green revolution” that eventually transformed India from a grain-importing nation to a grain exporter. 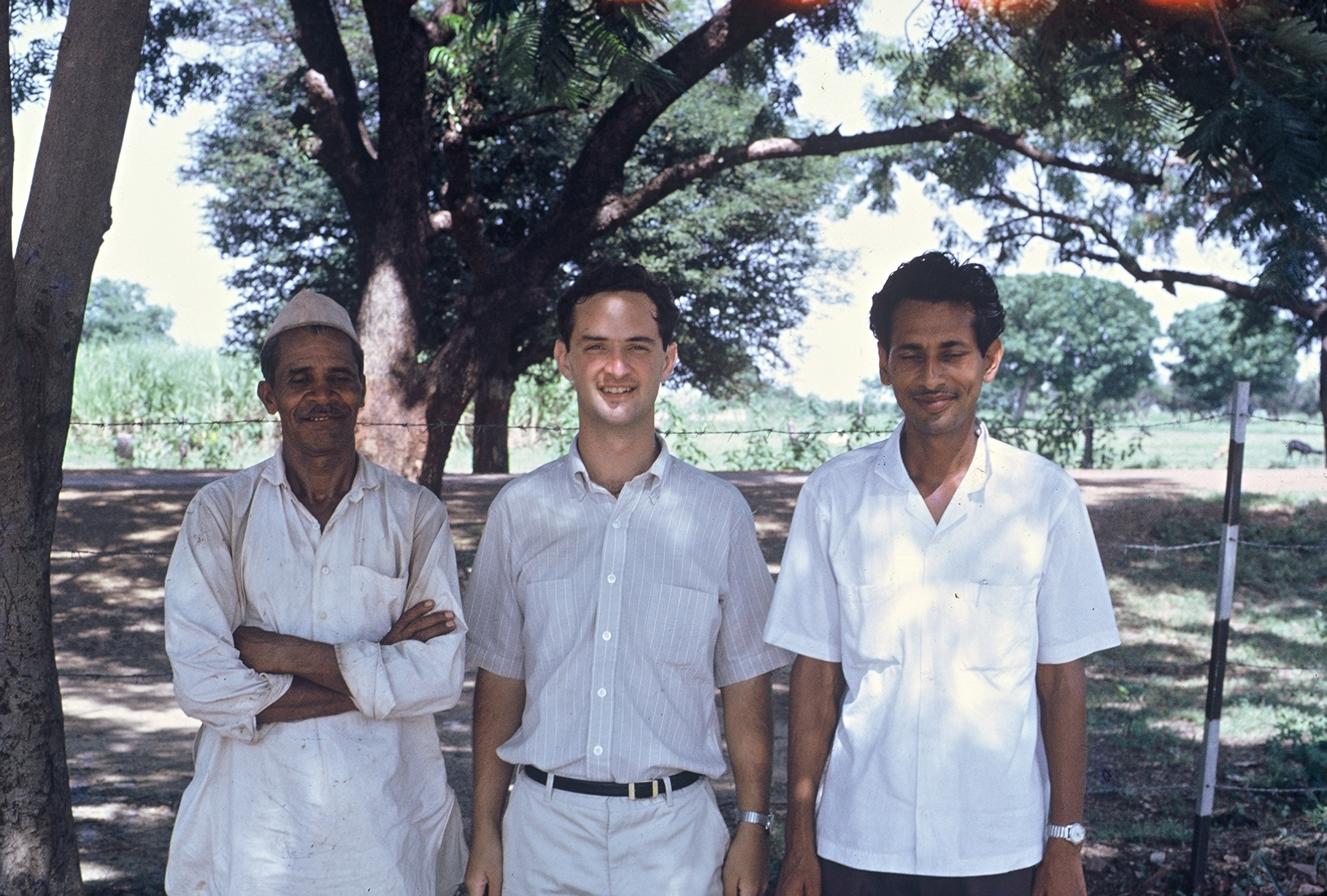 That’s me, 50 years ago, with Jagdish Prasad Mishra (right) and one of the farmers I worked with in Rajnagar (but this one was not the one I was working with on the day Neil Armstrong and Buzz Aldrin landed on the moon).

At home in the evening, I followed Voice of America coverage of the launch and trip to the moon on my battery-powered shortwave radio (I had no electric power, or, for that matter, running water). The landing took place in the middle of the night — 1:47 a.m. on July 21 in India (corresponding to 1:17 p.m. on July 20 in California) — and I remember getting out of bed a little beforehand, so I could tune in and hear it live.

The next morning, when the astronauts first walked on the lunar surface, I was helping a farmer dig and then hand-carry the excavated soil, in baskets, to lengthen a berm topped by an irrigation channel. I had mixed emotions — happy to be helping someone who was putting “sweat equity” into boosting the wheat harvest, yet sorry to be missing an incredible moment in history. It was just as well, of course, since shortwave reception during daylight hours was always difficult (the moon walk, which took place in prime viewing time back home, began around 7 or 7:30 a.m. in India), and anyhow, I was able to catch a bit of the lunar activity later that evening.

The peculiar and little-heralded footnote referred to above took place a week or so later, after the astronauts had returned to earth. I had taken a bus into Chhatarpur, the “district town” (equivalent to a county seat in the U.S.), about 30 miles away. I often went there to shop, stop in at a clinic staffed by American medical missionaries, meet a Peace Corps friend from another village, and/or take care of business at the district office of the Madhya Pradesh (state) Department of Agriculture, the agency that had invited my group of Peace Corps volunteers to India.

As I walked through Chhatarpur’s market that morning, a merchant beckoned to me. I didn’t know him personally, but since I’d been in the district almost a year at that point and had often been in the market, he certainly would have known that this Hindi-speaking foreigner was an American. As I approached his stall, he smiled and congratulated me — he called me a representative of the United States — on the success of “Apollo Gyara” (Apollo Eleven).

He then said to me, “It’s wonderful you were able to send men to the moon, but it’s too bad you had to spend $24 billion to do it. Back in Vedic times (i.e., thousands of years ago, when the events recounted in the Hindu scriptures are said to have taken place), our sadhus (holy men) used to travel to the moon all the time. It didn’t cost them any money at all, and it didn’t take them four days to get there either.” He told me all this in great seriousness. I thanked him, and I’ll never forget his wonderful “postscript.” So today, 50 years later, I’m sharing it with the wider world.

NOTE: In case this piece looks familiar to any faithful readers of this blog, this is a revised version of a piece I posted on July 24, 2016. That, in turn, was a repost of what I’d originally published on Facebook 10 years ago (the 40thanniversary), long before I began this blog.