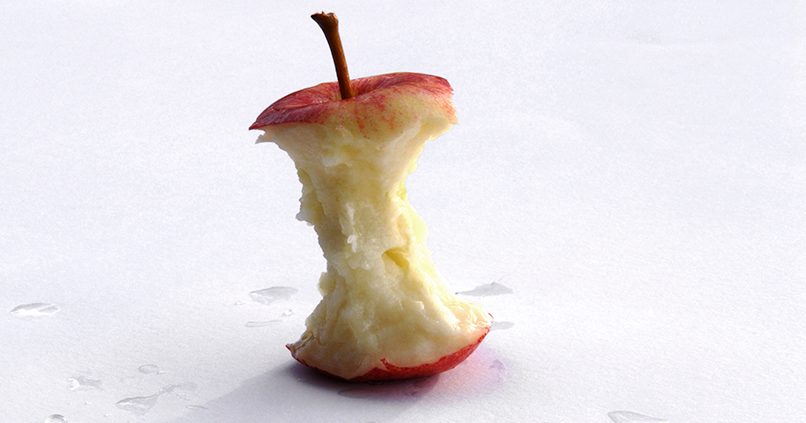 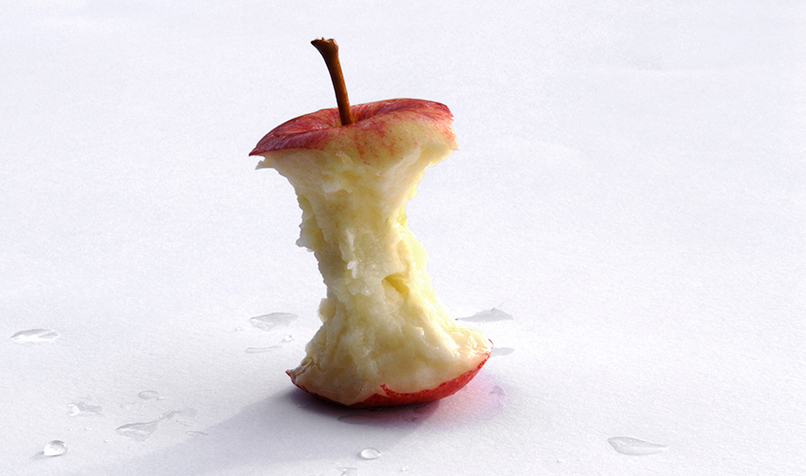 To avoid embarrassing anyone, I’m not going to mention any real names here, but years ago, when I was in college, I knew a guy who ate apples in a distinctly distinctive way. Or, as some might say, “very uniquely”!

This fellow – I’ll just call him “Fred” – would pick up an apple in the cafeteria line at every lunch and dinner. After he’d finished the rest of his meal, this is how he’d eat the apple:

Holding it with his middle finger at the stem and his thumb at the bottom end – let’s call these the North and South poles – he’d carefully gnaw away the skin around the middle of the fruit, leaving a clearly delineated “equator.”

Next, he’d start gnawing at the “North Pole” and head due south, not stopping until he’d gone as far into the Antarctic as possible without biting his thumb. Now the apple had a clearly marked Greenwich meridian.

International Date Line
But Fred was just getting started. To give the object of his attention proper balance, he then rotated it 180 degrees and inexorably gnawed along the International Date Line. However, he was not geographically meticulous, and ran roughshod over the actual Date Line’s zigs and zags around the Aleutian Islands, Samoa and New Zealand.

Now Fred was holding an apple with a skin-free belt around the middle and globe-girdling pathways from top to bottom on opposite sides. This left four patches of green-and-red skin just waiting to be peeled away – the Eastern and Western hemispheres in both north and south.

These he methodically demolished, one after the other. (I confess that although I witnessed this procedure hundreds of times, it never occurred to me to take note of the order in which he proceeded, although I’d be willing to bet it followed a pattern.)

With the skin now entirely peeled away, Fred was holding, still by its north-south axis, a “naked” apple. He was not finished, however.

The Northern Hemisphere was next to go. Fred gnawed away at it, being careful, however, not to violate the equatorial region. What remained after this operation was the complete Southern Hemisphere, with a forlorn-looking axis rising up from just above the equator, enabling Fred to maintain a determined grip on the North Pole.

The Southern Hemisphere was next to be attacked, but only up to a point just shy of the Equator.

What remained now was a solid equatorial “wagon wheel” with an “axle” jutting out on each side.

Coup de Grâce
Then, finally, the coup de grâce. Fred chewed up the equator, leaving nothing but a core indistinguishable from those laid bare by non-cartographically driven apple lovers.

I once described Fred’s twice-daily performance to my girlfriend, who found it highly entertaining. Sometime later, she came for a visit and joined me in the dining hall for Sunday lunch. Who should take a seat across the table from us but Fred. I thought nothing of it till the meal was nearly over. Suddenly I felt an elbow in my ribs. My girlfriend leaned over and whispered, “It’s him!”

Thank you, Fred, for giving me a story that, now that I’ve committed it to “paper,” will live forever. Or at least until I eclipse it by describing how you would sometimes also skin grapes with your teeth!

‘The Majority of’ vs. ‘Most’
Scroll to top