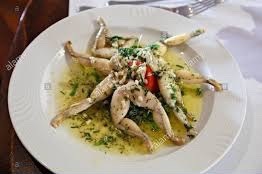 I’d been considering re-posting the blog item I wrote last year at this time, My Most Memorable Thanksgiving, when I recalled another unconventional celebration of this wonderful holiday from my boyhood.

I was perhaps 6 or 7 at the time, and my parents were going to do something unusual for the four-day weekend. They decided to drive up to Montreal and enjoy the holiday in Quebec, ignoring the fact that Canadians celebrate their Thanksgiving not on the fourth Thursday of November, but the second Monday of October. They did not trouble themselves with such technicalities, however. They were looking for a change of scenery.

The adventure began on Wednesday evening when we drove from our home in Asbury Park, New Jersey, to my maternal grandparents’ apartment in New York City – some 70 miles closer to Montreal. In those days, aside from the Pennsylvania Turnpike, there were no freeways or limited-access toll roads in the eastern U.S. This meant the roughly 375-mile drive to our destination would take eight or nine hours through the numerous towns and cities of New York’s Hudson Valley. Together with my Aunt Annie, Mom’s sister, we set off in the pre-dawn darkness on Thursday morning.

I was excited at the prospect of seeing night turn into day – my first-ever witnessing of a sunrise – but I recall being disappointed by how long and gradual a transition it was and by the fact that daylight, once firmly established, was considerably muted by a leaden November sky. Dawn and dusk that day were joined by a drawn-out period of gray.

The highlight of the trip came as we approached our destination. We had already crossed into Canada when Dad spotted a billboard advertising Coca-Cola, which he triumphantly translated for us, drawing on his high-school French.

After checking in to our hotel, we went to a restaurant for dinner. Mom, Dad and Aunt Annie all ordered turkey. After all, for us Americans it was Thanksgiving. But I was excited to be in a foreign land. I remember perusing the menu and seeing some exotic-looking choices. I told the waiter I wanted squab. He responded by telling my parents he didn’t think the young boy would enjoy it. “Too dry,” I still recall him saying. “Pick something else.” So I did. To the adults’ amazement, I ordered the most exotic item on the menu – frogs’ legs. And to everyone’s astonishment, even though they looked as if they were poised to jump off the plate, I loved them. The next day, the adults told me I reeked of garlic. They were probably just envious.

They had every right to be. That night, while I slept soundly, Mom, Dad and Aunt Annie all got sick. In the morning, they blamed it on the turkey.

The moral of the story: When in Rome, do as the Romans do. In francophone Canada, that means eat frogs’ legs. Neglecting to do that, you might say, just might be a turkey! 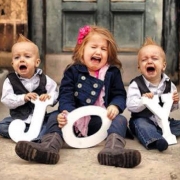