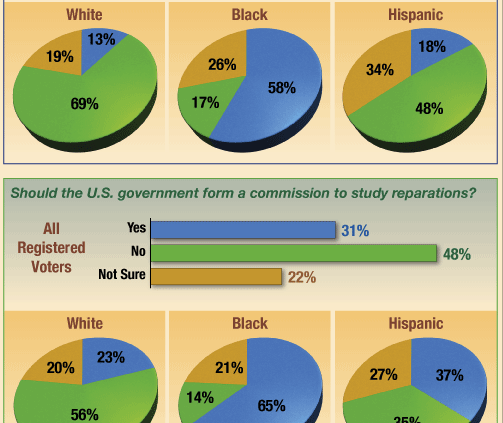 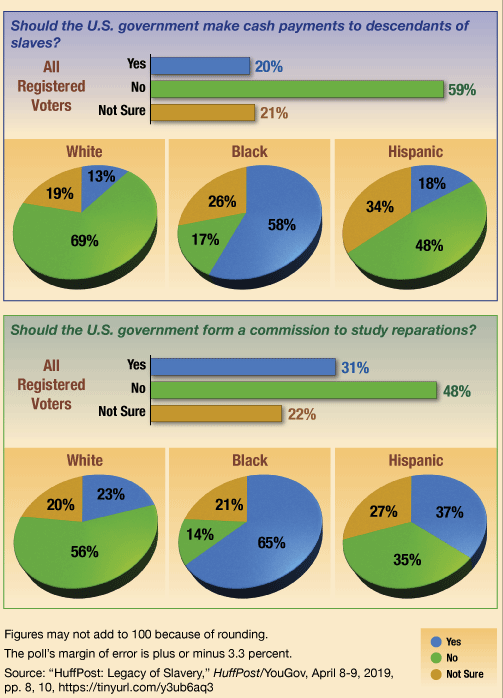 A few days ago, with April Fools’ Day coming right up, I spotted a couple of news items I briefly thought might be nothing more than a crazy prank.

The items I saw were reports on discussions within the nine-member California Reparations Task Force — appointed to “study and develop reparation proposals for African Americans, with a special consideration for [those] who are descendants of persons enslaved in the United States.”

However, because slavery was abolished in this country more than a century and a half ago, the notion that people living today are discussing reparations to descendants of slaves (the very last of whom must have passed away some five decades ago) — with the cost being borne, presumably, by citizens most of whose ancestors had never owned slaves — strikes me as absurd.

I believe that no fair-minded person could oppose measures intended to improve the economic and social conditions that many, if not most, African Americans and other marginalized groups face. However, the notion that people today might be asked to pay reparations for wrongs committed by slave owners who are long dead against people who are also long dead makes no sense.

Surely there must be better, more effective ways to improve the economic and social condition of Black Californians — Black Americans.* And the Reparations Task Force might well develop ways to accomplish this. That would certainly be a blessing for everyone, Black, white and those of every other hue and background.

But “reparations,” a term that clearly implies monetary compensation, strikes me as so fraught as to be entirely impractical, if not counterproductive.

Perhaps I am misinterpreting the meaning of “reparations.” Perhaps the Task Force is considering something other than monetary payments. But the news reports I saw made it clear that the Task Force’s discussions last week centered on deciding whether reparations should be paid to all Black Californians or only to those who could prove they are a descendant of “a chattel enslaved person or the descendant of a free Black person living in the US prior to the end of the 19th century.”

The Task Force decided by a narrow 5-4 vote to limit reparations eligibility to descendants of slaves and other U.S. Blacks alive before the year 1900. It specifically declined to broaden eligibility to all 2.6 million Californians who are Black.

No doubt they would be impractical for many reasons, but to me the most obvious one is this: If it’s only the descendants of actual slaves and Black Americans alive before the year 1900 who would receive reparation payments, then which California taxpayers, exactly, will be asked to make those payments?

Should it be only those whose ancestors owned slaves? If, instead, it’s to be all California taxpayers, that means the reparations payments would be funded not only by white Californians (including the majority whose ancestors immigrated to the U.S. long after the abolition of slavery), but also by many Black Californians as well as by millions of Californians of Hispanic, Asian, Native American and all other types and permutations of ancestry.

Such a complex issue can be defined very simply: CAN OF WORMS. Reparations would likely do more harm than good. They could well heighten racial tensions.

It’s hard to imagine the foolishness — the April Foolishness — well-intentioned though it may be, of trying to move ahead with reparations.

There have got to be far better ways to improve the economic and social condition of Black Californians … to get closer to justice, a goal everyone can and should get behind.

Let’s get real* about the problems we face.

* I believe the most effective way to improve the economic and social condition of Black Americans and other minorities is by dramatically strengthening the educational opportunities available to inner-city and other disadvantaged children — most of whose schools abysmally fail their communities — through greatly expanded school choice. To succeed in such an effort, parents clamoring for more charter schools will need to amplify their voice in opposing the teachers’ unions, which have fought school choice and charter schools tooth and nail. 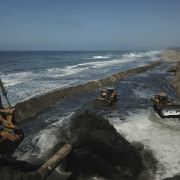