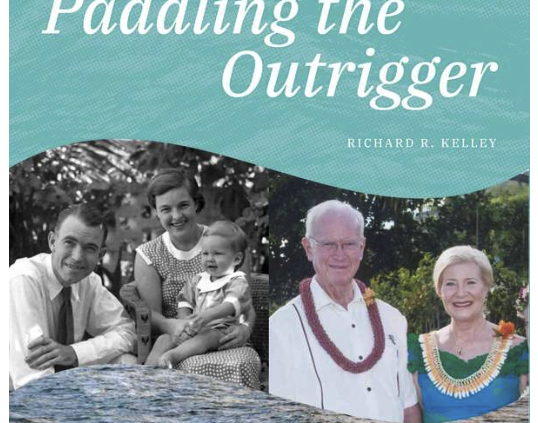 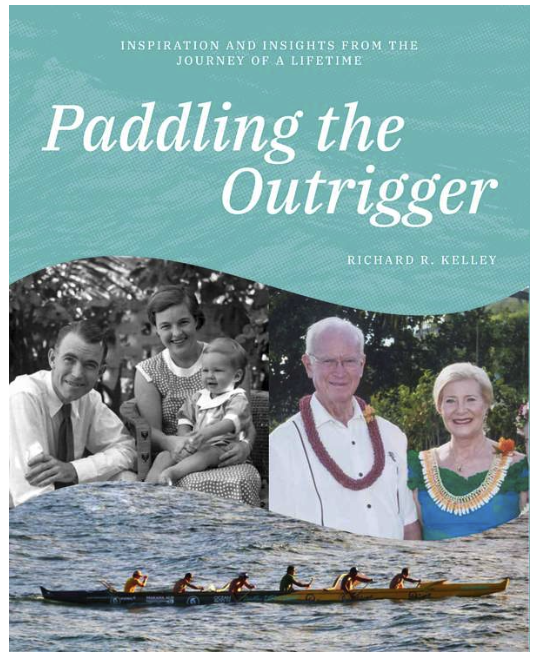 Last Monday, November 1, 2021, was a big day for an old friend, Dr. Richard Kelley. I say “old” not just because he’ll soon be celebrating his 88th birthday, but also because I’ve had the pleasure of working with him now for nearly 20 years.1

Monday was big because it’s when his just-published book — Paddling the Outrigger: Inspiration and Insights From the Journey of a Lifetime — was launched. And the launch took place at an appropriately prestigious venue (via Zoom, of course, thanks to COVID), the Hawaii Book & Music Festival.

It was a pretty big day for me too, since I edited the book, and its publication was the tremendously gratifying culmination of over a decade — off and on — of effort. I’d been working with Dr. Kelley on the project since our mutual friend and colleague, Kitty Yannone, suggested a great format for the sort of a book that Dr. Kelley had long wished to publish, a look back at the roughly half a century in which he grew into the role of senior statesman of Hawaii’s visitor industry.2

Dr. Kelley looked back through a “virtual rearview mirror” at the roughly 1,650 articles that he wrote for Saturday Briefing, the weekly newsletter of his family’s company, Outrigger Hotels and Resorts, from 1984 to 2016 — and he chose and organized the best of them for Paddling. And I should point out that Dr. Kelley’s writings were in an entirely different league from what’s to be found in typical corporate newsletters, most of which are vehicles for the sort of CEO drivel on “excellence” and “change” that puts readers to sleep. No. That was never Dr. Kelley’s publication.

It’s not easy to shoehorn a description of Paddling into a few paragraphs. So I’ll simply repeat here what I wrote about the book for its front flap. (Little did I know when I signed up as editor that I might one day be called on to create blurbs for the book’s flaps.)

Paddling the Outrigger covers too much ground to be easily described in this small space. It includes many of the most significant writings that its author, Richard R. Kelley, produced during the more than four and a half decades he led Hawaii’s largest and most diverse hotel company, Outrigger Hotels and Resorts.

As Dr. Kelley writes in the Introduction, he chose articles that will give the reader a greater understanding of his family’s experiences, the story of Outrigger Hotels, a feel for Hawaii and Waikiki “in days gone by,” the observations and philosophy of a successful entrepreneur and businessman, what it’s like to conduct business in Hawaii and globally, and what it’s like to live and work in the most beautiful place on Earth.

The author expresses the hope that the book will prove relevant and engaging to a variety of audiences — readers interested in old Waikiki and some of the characters who inhabited it, those who would like to relive the experiences of a boy who witnessed Japan’s 1941 attack on Pearl Harbor, students of the development and workings of the visitor industry generally (and Hawaii hospitality in particular), those who are curious about lessons learned from traveling around the world and insights developed about business, the economy, government, education and health care.

The wide range of topics, Dr. Kelley writes, is intended to give readers a feeling for the similarly broad range of experiences and responsibilities encountered in the hospitality industry, “where you never know where the day will take you.”

This book, however, transcends the story of a company and its people. It is not just about the company that Dr. Kelley led. It is also about a way of doing business and working in an atmosphere of mutual respect that is pervasive in the cultures of Hawaii and a great many other places around and across the Pacific and Indian oceans.

Anyone interested in reading Paddling can order it from Bess Press and, before long, from Amazon.

It’s been an honor and privilege to have been entrusted with editing this book. After all the time and effort required for Dr. Kelley and his team to get here, I’m immensely gratified and delighted to finally see it in print. 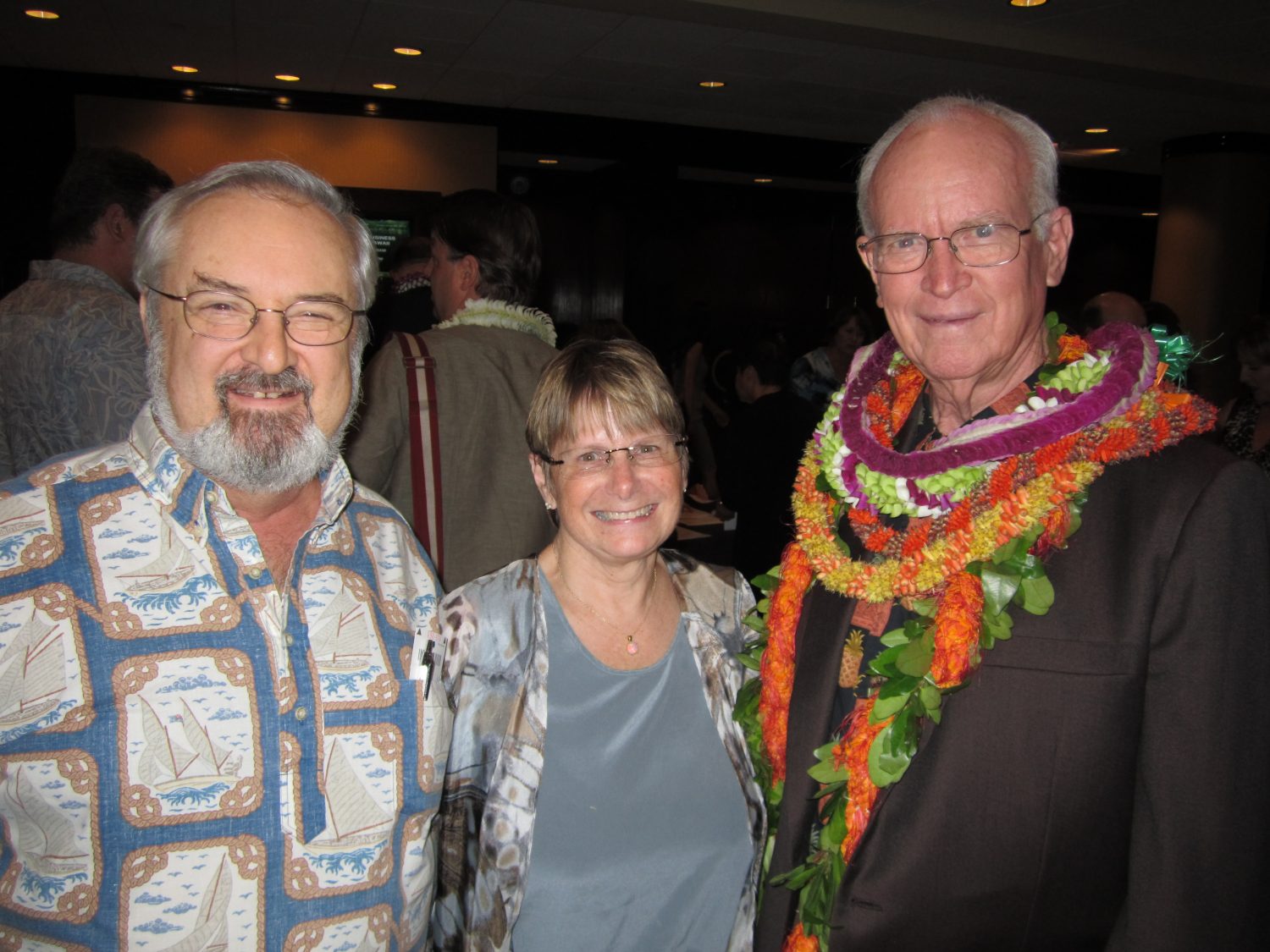 Dr. Kelley with me and my wife Sandra at one of the many events at which he was honored.

The road that Dr. Kelley — also an accomplished MD — took to this place in the pantheon of Hawai‘i’s captains of industry was not merely the one “less traveled,” it was uncharted.

The eldest child (born 1933) of Hawaii’s pioneering hoteliers Roy and Estelle Kelley, Richard did not seem predestined for stardom. The beginnings of a lifelong struggle with dyslexia obliged him to study twice as hard as everyone else to earn A’s. That perseverance propelled him to Stanford and Harvard Medical School. While Dr. Kelley often says he’s a lucky guy, he’s doubtless overlooking what Thomas Jefferson is said to have believed about luck: “The harder I work, the more I have of it.”

While he got a taste of hospitality working as a teen in his parents’ first hotel — hauling luggage and linens up five flights of stairs, serving pineapple juice in the courtyard and balancing spreadsheets into the wee hours — Dr. Kelley didn’t return to the family business till his father lured him away from medicine with a request for much-needed “part-time, temporary” assistance in the family’s mushrooming hospitality enterprise.

As his parents eased toward retirement, Dr. Kelley found himself picking up the reins and figuring out how to more professionally run and modernize a company — Outrigger Hotels and Resorts — that had outstripped the capacity of mom-and-pop management to guide its growth.

In the ensuing four-plus decades during which Dr. Kelley was not merely “paddling the Outrigger” but steering it to its place as Hawaii’s largest and most diverse hotel company (by the time the Kelley family sold it in 2016), he left as great an imprint on overall Travel & Tourism in Hawaii as on his own company.

For his unflagging, uphill effort to spearhead the creation of a convention center in Waikiki — which opened in 1994 after 15 years of his never-say-die leadership — the Sales & Marketing Executives of Honolulu honored him as Sales Person of the Year and “Father of the Convention Center.”

For years, Dr. Kelley wrote and spoke out about the importance of Travel & Tourism to Hawaii’s economy: “In Hawaii, Tourism Is Everybody’s Business” — the goose whose golden eggs benefit everyone. He repeatedly entreated the politicians: (1) Boost state funding of tourism marketing and (2) Refrain from excessively taxing visitors. He also had Outrigger heavily underwrite a series of four studies — 1996-1999 — by the London-headquartered World Travel & Tourism Council (WTTC) that detailed the visitor industry’s gargantuan impact on Hawaii’s economy. In 1998, he played a critical role on the Governor’s Economic Development Task Force, whose recommendation to substantially boost funding for visitor industry marketing proved key to ending the state’s decade-long economic slump.

Dr. Kelley chaired the Hawaii Visitors Bureau and Hawaii Business Roundtable, and also served on the WTTC Executive Committee and the advisory board to the Congressional Travel and Tourism Caucus.

Beyond his efforts to support Hawaii’s visitor industry and economy, Dr. Kelley’s public spiritedness found outlets in initiatives and philanthropy in health, the environment and education. In the early 1990s, he poured considerable energy into chairing the state’s Commission on Performance Standards for public school students.

Now retired in Denver, Dr. Kelley and his wife Linda head a family of seven children, 15 grandchildren and 10 great-grandchildren. (Note: Dr. Kelley says that although he’s now retired from Outrigger Hotels and Resorts, he’s the busiest 87-year-old he knows of.) 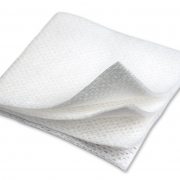 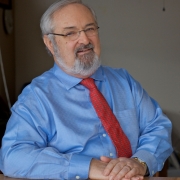 Are You Ready to Join The Illuminati?