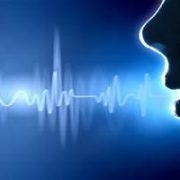 Clients often tell me I’ve captured their voice in, for example, ghost-written speeches or newspaper opinion pieces (op-eds). The funny thing is that I have no idea how to capture someone’s voice and never spend time or effort trying to do so. What I do instead is simply write as clearly, concisely and engagingly as […]

Bank Bridge over the Griboyedov Canal, one of many canals in St. Petersburg (formerly Leningrad), sometimes called “the Venice of the North.” As a young Foreign Service officer, I arrived in Leningrad in early July 1976 to begin a two-year assignment at the U.S. consulate-general in that city, the second-largest in the USSR. I flew […]

The following incident took place one evening in 1972 in our apartment, when I was working in my first Foreign Service post at the U.S. embassy in Brasilia. My wife (clarification: my “starter wife,” as a funny friend likes to call a first spouse to whom one is no longer wed) had gone to bed […]

Lyrics that I dreamed up for the benefit of our kids at Christmastime 1977 when I was working at the U.S. consulate-general in Leningrad, USSR. We had just washed our (very dirty) blue Saab. These lyrics were originally published in the Neva Neva News, the occasional newsletter of the consulate-general staff. Sung to the tune of the […]