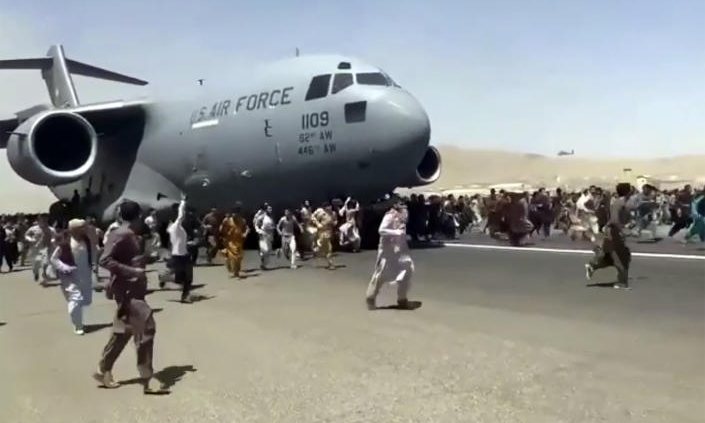 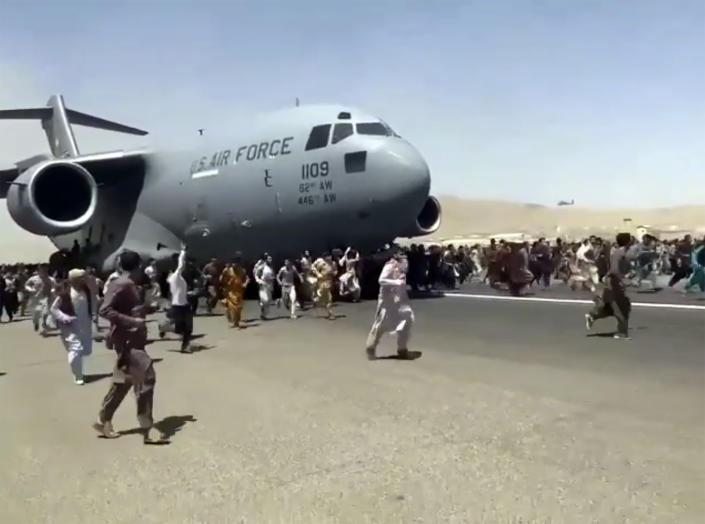 I’ve been following the news from Afghanistan and Washington. Perspective calls for a few bullets. Here are mine:
• How we got into a fight with the Taliban in the first place: The Taliban had been ruling Afghanistan for five years on September 11, 2001 — the day Osama bin Laden’s Al-Qaeda murdered nearly 3,000 innocent Americans in the Twin Towers, the Pentagon and four civilian airliners (hundreds more than died at Pearl Harbor in 1941). The Taliban gave Al-Qaeda sanctuary, a place from which to plan and direct those attacks. If you would like to see justice served to the perpetrators of 9/11 and the uprooting and destruction of Al-Qaeda, America’s fight against the Taliban has been essential to that effort.
• Until the Trump-Biden decision to pull our remaining 2,500 troops out of Afghanistan, the U.S. had suffered zero combat fatalities in the preceding 18 months. Our efforts — supported by troops from 50 NATO and other allied nations — to help the Afghan government avoid a Taliban return to power did not entail a high cost in American and allied blood.
• The Taliban are ferocious Islamist zealots. Until we drove them from power (with the enthusiastic help of many Afghans who suffered under their rule), they brutalized all those who failed to follow their ultra-strict interpretation of Islamic law. Women were allowed out of their homes only when covered head to toe in burqas. They were denied access to education and most professional work (female doctors were allowed to treat women). Music was banned as unIslamic. Gays were thrown off rooftops to their death. Thieves had their hands amputated and the condemned were executed in stadiums filled with spectators. Opponents were murdered in cold blood in front of their families. Today, surrendering Afghan soldiers are being shot, and those who helped the U.S. are being hunted down, house to house. Against this background, how reliable should we consider Taliban promises to govern more gently the second time around?
• From all the reports I’ve seen, the decision to leave Afghanistan was, to put it as charitably as I can, poorly planned and carried out. Trump and Biden share the responsibility.
• It is utterly irresponsible and shameful for our highest officials in Washington to be telling the thousands of U.S. citizens still stranded in Kabul and elsewhere in Afghanistan that we have no way of ensuring their safe passage to the Kabul airport.
• It is equally reprehensible for the U.S. to be so callous in neglecting the safety of the thousands of Afghan citizens who fought and suffered alongside our troops. We gave them our solemn promise that if worse came to worst, we would evacuate them and their families. This is a moral debt we cannot run from. It is to America’s undying shame if we do.
• I am hardly in a position to recommend to the president what course of action he should take now to clean up the mess and redeem himself. But continuing denial and half-measures won’t cut it. I am one of millions who hoped the end of the Trump presidency would bring a grown-up back to the White House. Today I am one of hundreds whose messages I’ve read who doubt, based on the evidence before us, that grown-ups are really back in charge, not only in the White House, but the State Department and Pentagon.
• Finally, and most critically, I fear the repercussions for the U.S. around the world of abandoning Afghanistan. The impact of leaving our Afghan friends in the lurch is being keenly felt by our allies in NATO, Taiwan, Israel and elsewhere, who can only wonder if they’ll be the next to be left to the tender mercies of Putin’s Russia, Communist China and Iran’s nuke-seeking mullahs. Former British Prime Minister Tony Blair called the U.S. withdrawal “imbecilic.” The Pax Americana is crumbling while our two most recent presidents have been golfing and vacationing (any different from Nero fiddling while Rome burned?), and the entire world will be the worse for it. 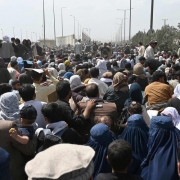 A Rose by Any Other Name Would Smell as Sweet