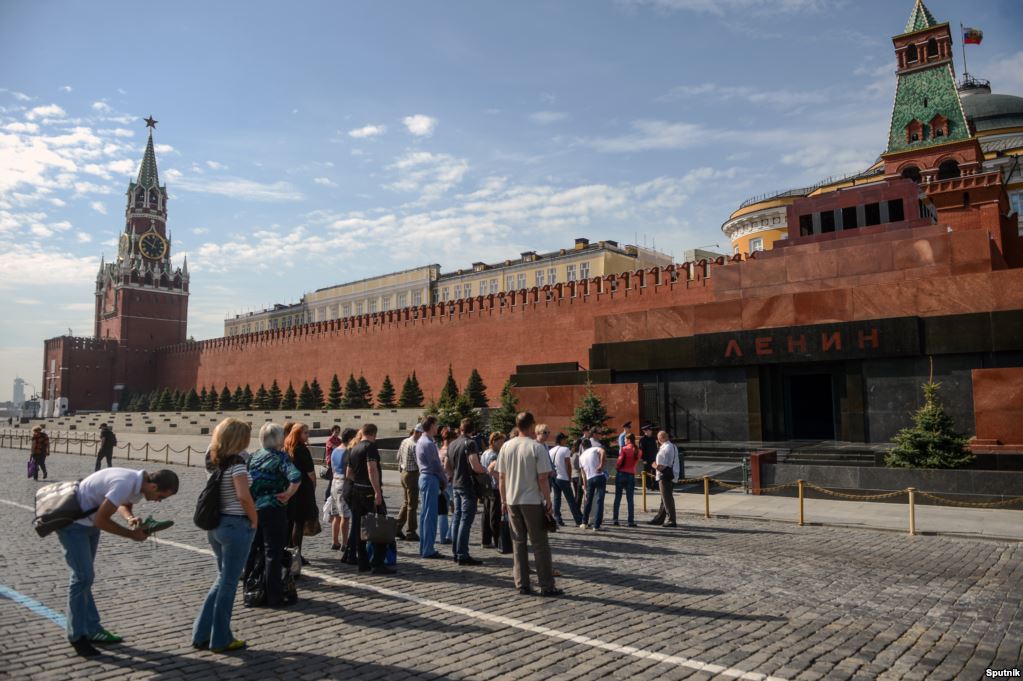 In my blog post last week (about, in part, the words “consul” and “consulate”), I mentioned that while serving in the U.S. consulate-general in Leningrad (now St. Petersburg, Russia), I was involved in the case of an American who died there and whose body had to be shipped home.

It prompts me to write this week about the deceased, an American professor who was leading a group of young Americans studying Russian at Leningrad State University. Quite some time before his unexpected death, the professor told me an incredible story, the subject of this week’s blog post.

The prof told me about an incident he had witnessed about a decade and a half earlier when, working toward his Ph.D. (in Russian history or literature – I’ve forgotten which), he had been doing research in Moscow. He told me he’d been taking a walk on Red Square on an evening that was cold enough for the winter’s first frost to appear. As he walked past Lenin’s mausoleum, he saw something that took his breath away.

This must have happened either in 1961 or, perhaps, 1962. The timing is clear because what he saw could only have taken place not very long after Stalin’s embalmed body had been removed from the mausoleum in October 1961, a delayed consequence of then-Soviet leader Nikita Khrushchev’s denunciation, in a “Secret Speech” to the 20th Communist Party Congress, of some of Stalin’s extraordinary crimes. Stalin, who had been laid to rest in Lenin’s mausoleum shortly after his death in 1953, was moved to a grave outside the Kremlin wall. (Lenin’s embalmed remains had been in the mausoleum – first a temporary wooden structure, then the current stone edifice – since his death in 1924, and he remains there today.) 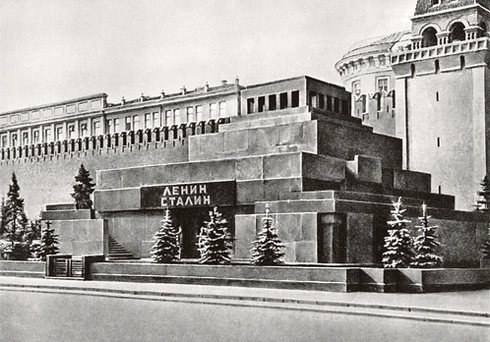 Lenin’s mausoleum as it appeared 1953-61, when it held Stalin too

After Stalin’s removal, the Soviet authorities had had to make a hasty change to the black block bearing the names Lenin and Stalin at the front of the structure. After closing the mausoleum to visitors for some time, they had unveiled the block once again. The letters S-T-A-L-I-N (С-Т-А-Л-И-Н) had been cleanly removed and replaced with black stone that seemed to blend seamlessly into its setting.

To most observers, the professor told me, the job looked perfect. Stalin’s name had been artfully erased. But as he looked up at it that frosty evening, he had a chilling experience that owed nothing to the temperature. With the frost tightening its grip, the professor shuddered as he saw the outline of the excised letters in white along the edges of their former location – Stalin’s ghost, returning to haunt the nation he’d terrorized! It looked, he told me, as though this monstrous dictator, one of the three biggest mass murderers in human history (alongside Adolf Hitler and Mao Zedong), was reaching out from the grave.

Recollections Called Forth by the Closing of America’s St. Petersburg Consulate
0 replies

The Ambassador Wanted My Scalp
Scroll to top