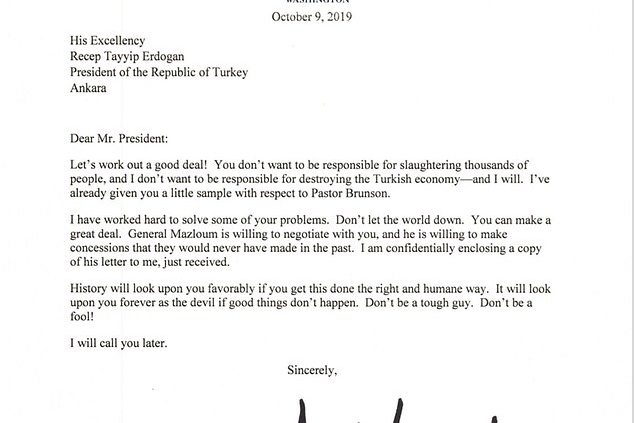 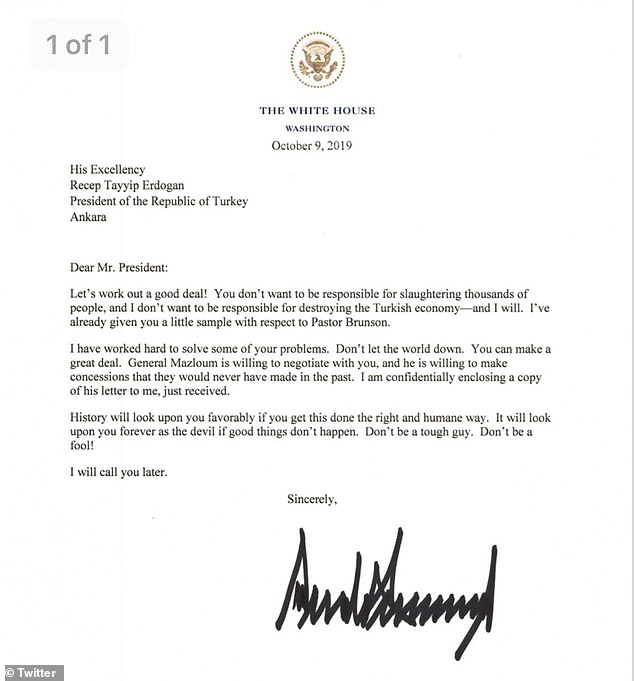 Among the flotsam and jetsam washed up on my computer screen by this week’s deluge1 of Trump-related news was a letter that the U.S. president wrote to his counterpart in Turkey, the bloody-minded, bloody-handed Recep Tayyip Erdogan.2 Much-criticized not only for its threatening content but also for its distinctly unpresidential tone (“Don’t be a tough guy. Don’t be a fool!”), Trump’s letter reminded me of another head-of-state missive I’ve kept in my collection of weird stuff3 in hopes that some day an occasion like this might give me an excuse to share it with a wider audience.

Although the letter I have in mind may be apocryphal,4 it’s just too rich not to share. It is purported to have been written by the Ottoman emperor (aka the sultan) in 1683 — a somewhat less enlightened time than our own, although, judging by what Turkey (successor state to the Ottoman Empire) is doing right now in the Syrian slice5 of Kurdistan, you’d never know it.

In the letter, the sultan describes the fate that awaits Hapsburg emperor Leopold I (who was also the Holy Roman emperor) and the King of Poland, Jan Sobieski, who led the army that defended Vienna and defeated the Turks. This was actually the second Turkish siege of Vienna, the first having taken place in 1529.

And now for the sultan’s letter:

By the Grace of God in Heaven, We, Mola Mohammed, Glorious and Supremely Absolute Emperor of Babylon and Judea, of the Orient and the Occident, King of all earthly and heavenly kings, Sovereign Lord of Holy Arabia and Mauretania, rightful and illustrious King of Jerusalem, Lord and Master of the Grave of the crucified god of the Infidels, pledge to thee, Emperor of Rome and to thee, King of Poland, as well as to all thy followers, our sacred word that We are about to plunge your little country into war. We have with Us thirteen kings with 1,300,000 foot- and horsemen. With this army, the like of which neither thee nor thy followers have ever glimpsed, We will crush thy puny land without mercy or compassion beneath the hoofs of our steeds and deliver it up to fire and sword. We command thee above all to await Us in thy residence Vienna so that We may behead thee; and thou also, petty kinglet of Poland, do likewise. We will exterminate thee and all thy followers, and sweep everything from the earth down to the lowest creation of God, the humble lizard. We shall first inflict the most dreadful tortures on great and small, and then consign them to the most ignominious death. We will take thy little empire from thee and sweep away its entire population. Thee and the king of Poland We shall allow to live just so long that thou mayest assure thyself that We have carried out everything herewith announced. This for thy counsel.

My Most Memorable Thanksgiving
0 replies