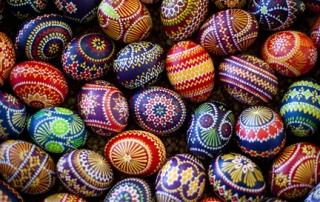 Have you ever locked yourself out of the car? With the motor running? On a narrow street? With traffic stuck behind you? Because you’re just outside the Russian Orthodox Cathedral as the Midnight Easter Service is about to begin?

Yup! It happened to me. Which is a self-exculpatory way of saying, “Yes, I did it to myself!”

Remember my blog post from a couple of months ago about running out of gas just a few feet short of the pump? Yeah, this ranks right up there with that one!

But this time I was in Washington, D.C., a few years after returning to the U.S. from Leningrad. I’d promised two elderly lady friends – recent emigres from the Soviet Union, where I’d first met them – that I’d accompany them to the midnight service at St. Nicholas Orthodox Cathedral, in a quiet residential neighborhood just off Massachusetts Avenue.

I’d driven up to the foot of the walkway leading to the cathedral door, hopped out (swinging my door shut and, going on “autopilot,” routinely locking it as I did so) and ran around to help my passengers out. Once they were safely on the sidewalk, I locked and shut the passenger door and ran back to the driver’s side, so I could get in and go hunt for parking, allowing the cars behind me to move up.

But when I got back to my door, I realized I’d locked it … with the engine running and a line of cars waiting for me to move out of the way.

Rarely have I felt so stupid!

Fortunately, despite the narrow side street, the other cars managed to squeeze past me. This being long before the ubiquity of cell phones, I went into the church, found a telephone and called AAA. Waiting for the locksmith to show up was one of the longest hours I’ve ever spent.

Luckily, he got there before the service was over, and I was able to drive my friends home. 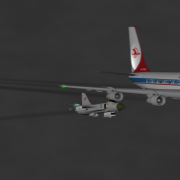 Adventures at the DMV – and Elsewhere
2 replies

Boyhood Memories of the Danelectro Factory
Scroll to top