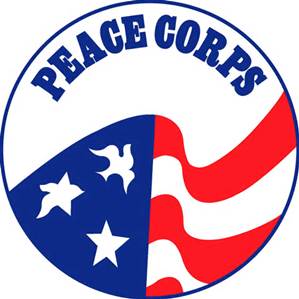 The following are some thoughts I was invited to write about “national service” – in view of my having served in the Peace Corps and the U.S. Foreign Service – for inclusion in the Class Book of the Yale University Class of 1966, in preparation for our 50th reunion next weekend (June 3-5, 2016):

Don’t be fooled by the title of this piece. Bringing progress to the Third World and opening the Iron Curtain – enterprises that remain only partially complete today – were gargantuan efforts involving untold numbers of people. But although my contribution to both goals was all-but-infinitesimal, it was the vision to which I devoted the first two decades of my adult life.

It all began at age 8 or so, when, thanks to stamp collecting, I became curious about the baleful, mustachioed visage on so many German postage stamps. My parents’ explanation was my introduction to the reality of evil, cruelty and injustice in the world. Being a Jew almost all of whose European family members had been murdered in the Holocaust – my grandparents had left scores of close relatives behind when they emigrated – made this introduction searingly personal.

As I grew older, I began following the news and found two areas of particular interest – struggles against dictatorship and Third World development. I watched the fall of Venezuelan dictator Perez Jimenez with enthusiasm in 1958 and later cheered the toppling of Trujillo and Duvalier in the Dominican Republic and Haiti. I avidly followed the progress of Fidel Castro’s band in the Sierra Maestra and was delighted when he deposed Batista. I followed the three-sided war involving Communists, rightists and neutralists in Laos.

After arriving at Yale, I fell, almost by accident, into a Russian area studies major. As I discovered the history of 20th-century Russia, I found, to my astonishment, that Hitler’s evil – as measured in murdered innocents – was overshadowed by the monstrous regime of the man who was both his model and his nemesis, Stalin. (Stalin, in turn, was eclipsed by Mao, who I pray will never be surpassed.)

Two things happened in the 60s that influenced the course I’d take. The first was President Kennedy’s establishment of the Peace Corps. I heard about it on the evening news. Still in high school, I remember thinking “That’s something I’d like to do.” I wanted to see the Third World up close, live in a village and work with local people to eradicate malaria or do some other useful thing.

The second influence was my first visit to the USSR. In the summer of 1967, I spent six weeks at Leningrad State University – between the first and second years of my master’s program at Harvard – working to strengthen my fluency in Russian. In conversations with ordinary people, I saw how little Russians knew about the forbidden world outside and how eager they were to learn about it – especially about the U.S. As it happened, a U.S. Information Agency (USIA) exhibit about our country, made possible by the U.S.-Soviet cultural exchange agreement, was in Leningrad that summer, and I was struck by the enormous number of people who had seen it. It seemed every third or fourth person walking down Nevsky Prospekt (Невский проспект – Leningrad’s Broadway) was wearing an exhibit lapel pin. The USIA was nourishing people hungry for information.

So as I prepared to enter the real world, I applied to the Peace Corps and took the Foreign Service exam, hoping to work for the USIA. Luckily, I succeeded in both goals. The day before beginning Peace Corps training, I passed the final Foreign Service hurdle, the oral exam.

The first stop on my budding international career was India. I was in a small group of volunteers that would be working – individually, in far-flung villages – with wheat farmers, alongside local agricultural extension agents, in Madhya Pradesh (“Central State,” about the size of Texas) right in the middle of the subcontinent. Needless to say, I knew nothing about growing wheat (or any aspect of agriculture!) before I got to my village, Rajnagar, which translates roughly as Kingston.

Peace Corps training had been a classic case of “good news/bad news.” The good news: Our Hindi training was the best language course I’ve ever taken. By the time I arrived in Rajnagar three months after leaving home, I was well on the way to fluency. Being able to communicate was a life saver, since the bad news was that I had a lot to learn because the “technical” part of our training was mostly a reprise of high-school biology. What little practical training we had – e.g., learning to drive a tractor – was not relevant to our villages. So I spent most of my first year in Rajnagar learning what I needed to know. By year two, I was ready to make a contribution, albeit a very modest one, toward helping “my” farmers increase their crop yields – the whole point of the “Green Revolution” in which I was participating, which eventually turned India, previously a grain importer, into an exporter.

I’ve written two short “war stories” with vignettes from my experience in India – both with a touch of humor – and they can be found at http://bit.ly/1TCIUGR and http://on.fb.me/1KmrC6t. Among many other memories from this first foray into national service:

After two years (1968-70) in India, I returned home and joined the USIA (which is today again part of the State Department, from which it had been separated in the 1950s). I learned Portuguese and worked three years in Brazil, which was interesting to observe in that it was at a much more advanced stage of economic development than India. 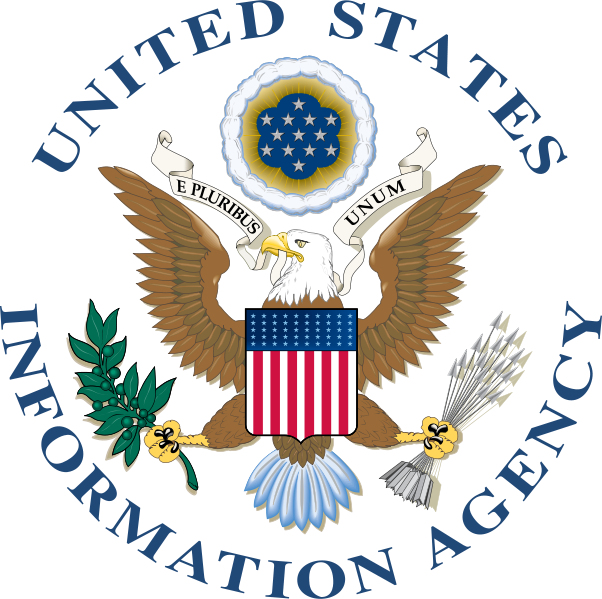 The most significant aspect of my Foreign Service work, however, was my Cold War posting to the U.S. consulate general in Leningrad (today’s St. Petersburg), 1976-78. Since, in a closed society, it was impossible to do most normal USIA work – running exchange programs, conveying American viewpoints to influential “target audiences” – my role was largely limited to helping American graduate students, present under the U.S.-Soviet cultural exchange agreement, who were trying to conduct research on Ph.D. topics mostly in history and literature. They’d all been promised access to the relevant archival materials, but in practice they were often frozen out. I wrestled with the Soviet bureaucracy on their behalf.

Being a Russian-speaking U.S. diplomat gave me a wonderful look at Soviet reality. A few examples:

The experience I gained abroad gave me a priceless insight: People everywhere see the world through the lens of their own culture and experience. This is hardly an original thought, but I know it not merely in my brain, but in my bones. I have lived it:

This insight helps me understand why most Americans – even well-traveled, well-educated, sophisticated people – fail to see other nations and peoples as they are rather than as the near-mirror-image of us (distinguished mainly by cultural trappings) that they suppose those nations and peoples to be.

On this tiny, dangerous planet, on which, like it or not, our nation plays such a critical role, this cultural myopia is frightening. 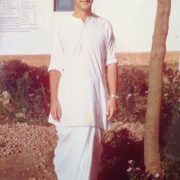 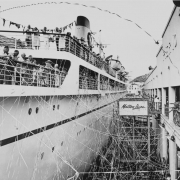 The Liberation of Rome
Scroll to top