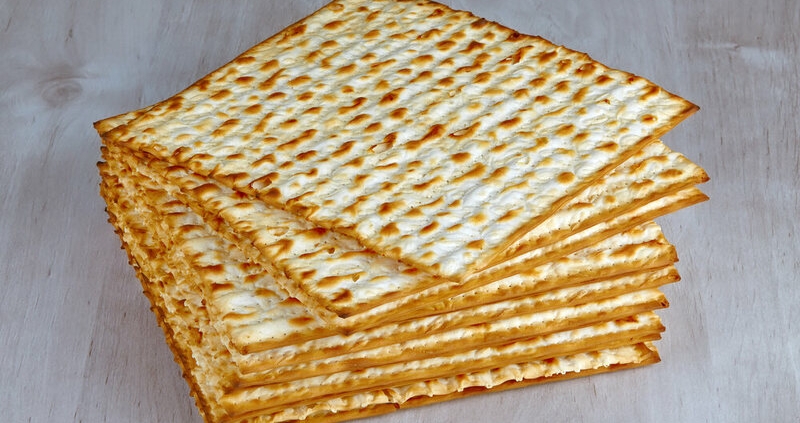 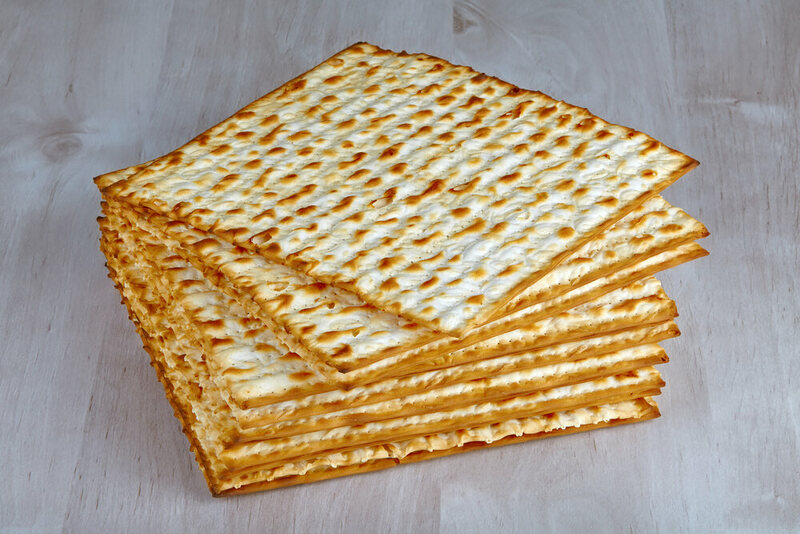 In the days leading up to the beginning of Passover1 last night, I’ve seen several articles on the web about matzah,2 cracker-like sheets of unleavened bread. That was all the food the Israelites (whom today we call the Jews) were able to take with them as Moses led them to freedom following generations of slavery in Egypt. Ever since the Exodus, Jews celebrate this week-long holiday, in part, by consuming matzah instead of ordinary leavened bread, that is, bread whose dough has been allowed to ferment, and, thus, to “rise,” before baking.

While I’m not a religious person, my Jewish heritage made my sojourn in the USSR, 1976–78, as a Russian-speaking American posted to the U.S. consulate-general in Leningrad,3 even more culturally and experientially rich than it might otherwise have been. This is saying quite something.4

While living and working there, I had the opportunity to get to know a number of Soviet Jews. Life for Jews, since they first arrived in Russia hundreds of years ago, had never been easy,5 and it remained difficult in the Soviet period as well. Anti-Semitism, both official and “organic” (that is, I am sorry to say, widespread in the culture, as elsewhere in Europe, particularly Eastern Europe), led many Jews to wish to leave the USSR and move to Israel. I had a front-row seat to some of this ferment — which, thanks to American Jewish organizations’ energetic support for many Soviet Jews’ desire for the freedom to emigrate as a human right — added a new irritant to the already complex U.S.-Soviet relationship.

One of the Jews I got to know was in the leadership of Leningrad’s sole remaining synagogue. Here I should explain that in the strongly atheistic USSR,6 which only reluctantly tolerated organized religion (it considered religions to be “cults”), all churches, synagogues and mosques operated under the tight oversight and control of the government’s Directorate of Religious Affairs. While the leadership of such houses of worship would typically tell foreigners they were free to operate as they wished, it was all a blatant lie. The relatively privileged lives that such people led were at the sufferance of the Soviet authorities. They were, in short, expected to paint a rosy, but false, picture of their communities’ religious life. Their reward was their own personal ability to practice their religion openly, unlike other believers, who risked unpleasant consequences.7

And that brings me back to the thing with which I began this narrative — matzah. In 1978, around Passover, this regime spokesman showed me the synagogue’s matzah oven (in the basement) and told me a little about it. He said that the Soviet government sold the synagogue the flour it needed to bake matzah, which was the major source of the synagogue’s income. For the previous two years, he claimed, the synagogue had been able to bake 70 tons of matzah, “as much as was needed,” and to have been able to buy all the flour it required for this purpose. Obviously, the availability and reliability of the flour supply was one of many ways the government exercised control over the synagogue.

I found it particularly interesting to hear that the approximately 40 workers — mostly, if not entirely non-Jews — whom the synagogue employed to bake matzah for the three months before Passover were paid salaries of over 400 rubles a month, a princely sum by Soviet standards. (A typical monthly wage elsewhere in the Soviet economy was around 100–150 rubles.) The premium wage, he told me, was made necessary by the huge tax bite — up to 50% — that the government took from the income of “cult workers” (his words). He also told me, proudly, that the synagogue had just installed a new gas-fired matzah oven which would be used for the first time the following year. That, he said, would significantly reduce the number of people needed to bake matzah, which would boost the synagogue’s income.

In a visit to the synagogue in Vilnius (capital of what was then the USSR’s Lithuanian Soviet Socialist Republic, and which today is, happily, the capital of an again-independent Lithuania), I was told that, unlike in Leningrad, people wishing to purchase matzah had to order it in advance and supply their own flour. 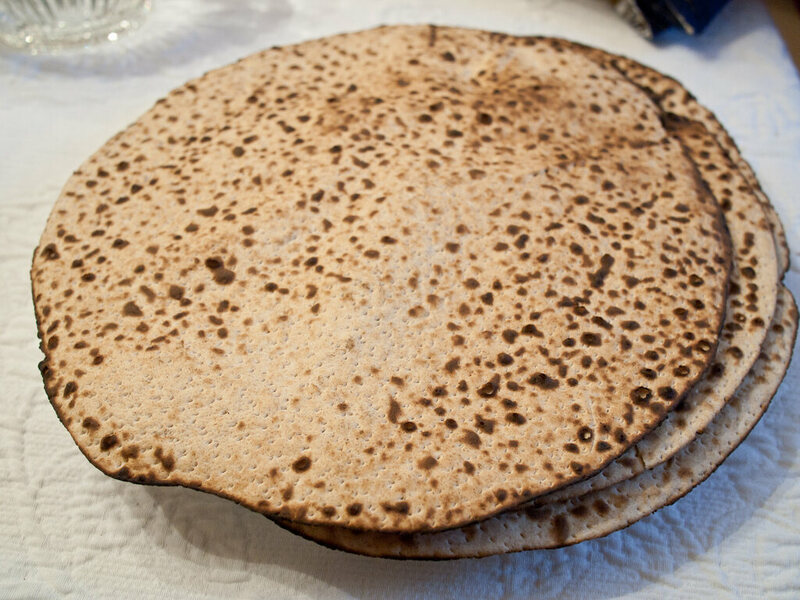 Hand-made “shmurah matzah,” whose preparation is carefully watched — beginning with the harvesting of the wheat! — to ensure that it is not tainted by leavening. Except for its round shape, it looks very much like the matzah made in the Leningrad synagogue.

One final observation. The Leningrad man who gave me this information — clearly hoping to make a favorable impression on this Jewish-American diplomat — also gave me several pieces of matzah. I have to say that — for a foodstuff that’s often described as tasteless, “like eating cardboard,” or “justifiably called ‘the bread of affliction’” — this was the tastiest matzah I’ve ever eaten. It was a little darker — baked a bit longer perhaps, and probably with whole wheat flour rather than white. It tasted “home made,” not “factory made” — the sort of thing that one’s grandma would have made if she’d needed to bake it at home. Not too shabby for “cardboard.”

So, to all my friends and family, Jewish and gentile, I wish you a Happy Passover, or as my dad would sometimes say, a Merry Matzah! 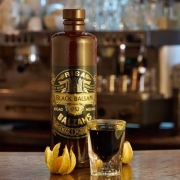 Have You Ever Run Out of Gas?
3 replies

Top of Mind
Scroll to top