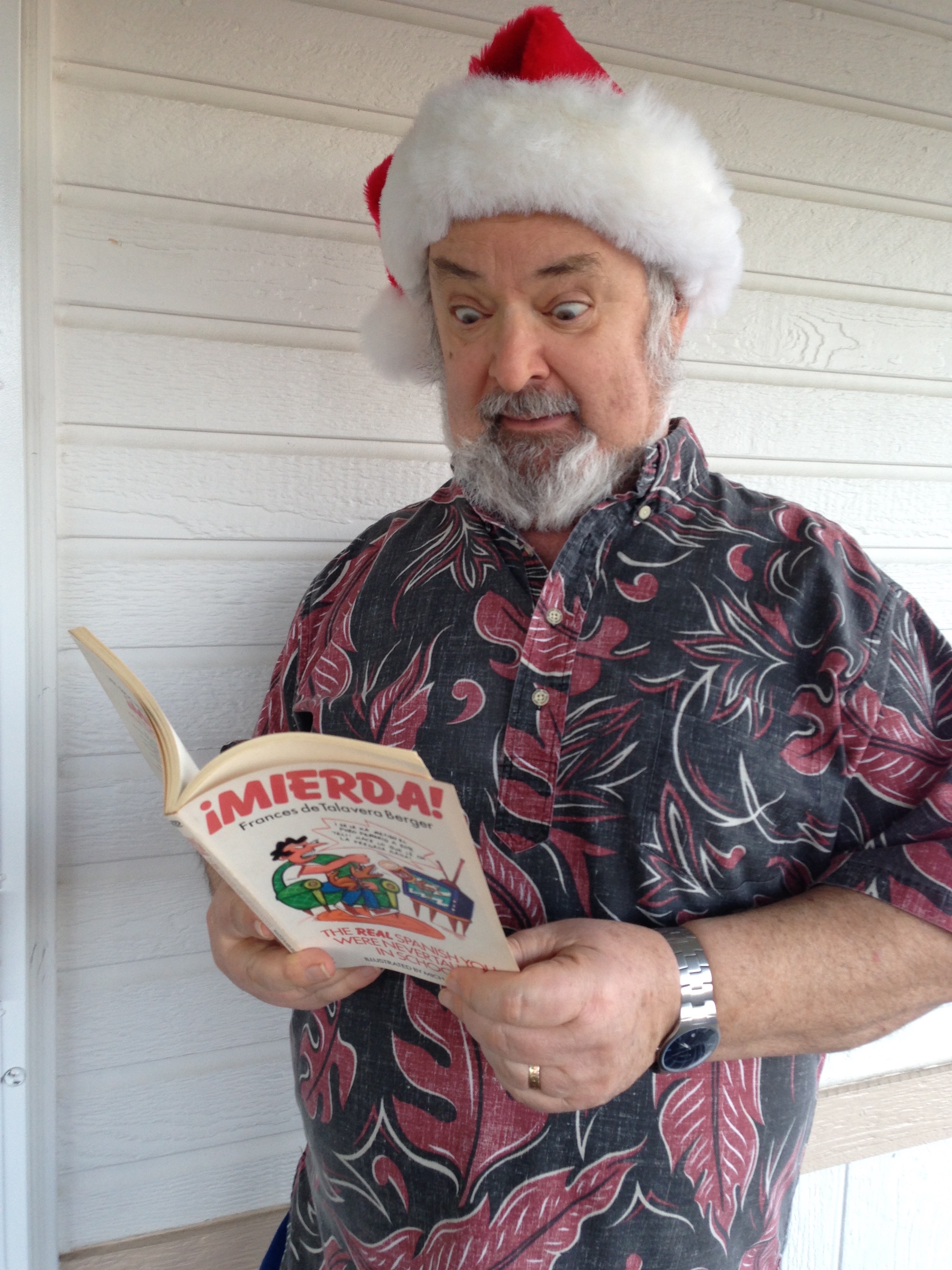 Christmas morning never fails to remind me of the most memorable holiday event I’ve ever experienced. No, this is not the heart-warming story of family gathered round a blazing fireplace, sipping eggnog and inhaling the aroma of freshly baked cookies. Rather, it’s a tale of a somewhat less time-honored Christmas tradition – the grab-bag game.

Sandra and I were celebrating this particular Christmas at the home of her parents in Santa Barbara, California, and it felt as if the entire extended family had gathered in the spacious living room. When, after refreshments and conversation, it was time to begin the game, everyone seated him- or herself in a big circle on the floor.

For any reader unfamiliar with the game, this is how our family played it: Each guest had been asked in advance to bring three modestly priced gifts – useful items, eye-catching presents, or something funny, as the spirit moved them – which were all colorfully wrapped in advance. All gifts were piled on the floor, giving no indication either of their contents or of who had brought which one. The game started with one person picking a gift at random out of the pile in the center of the circle and unwrapping it.

The game proceeded with the guest next to the first one taking a turn, with the action moving clockwise around the circle. As each person’s turn came up, he or she had two options: either pick a new gift out of the pile and upwrap it or “steal” one of the previously unwrapped gifts from anyone in the circle. Anyone whose gift was stolen was given an immediate opportunity – out of turn – to pick or steal another gift before the proceedings continued in orderly clockwise fashion.

Because each person had contributed three presents, the game continued until all presents in the pile had been unwrapped, which meant that the action moved around the circle three times and each participant ended up with three gifts. The frequent acts of “theft,” combined with the presence in the pile of a leavening of humorous gifts, created a mirthful atmosphere. The mood was heightened as some of the newly unwrapped gifts were passed around the circle to give everyone a better look at them.

I briefly interrupt this narrative to tell the backstory of a certain item – one of my contributions to the grab-bag pile – that was destined to play a starring role in the morning’s events. The gift in question was a small book (see photo below) that I’d picked up a month or two earlier at an airport book shop. Titled ¡Mierda! The Real Spanish You Were Never Taught in School, it was a bilingual compendium of expressions apparently chosen for their ability to embarrass a sailor. (Actually, this contribution to the grab-bag was just one of three copies I’d purchased. I gave the second copy to my son, who was then studying Spanish in high school, as I didn’t want to neglect his education. And, as a former high school Spanish student, I kept the third copy for myself. It now occupies an honored place on my shelf of foreign-language dictionaries alongside a number of weightier tomes.) 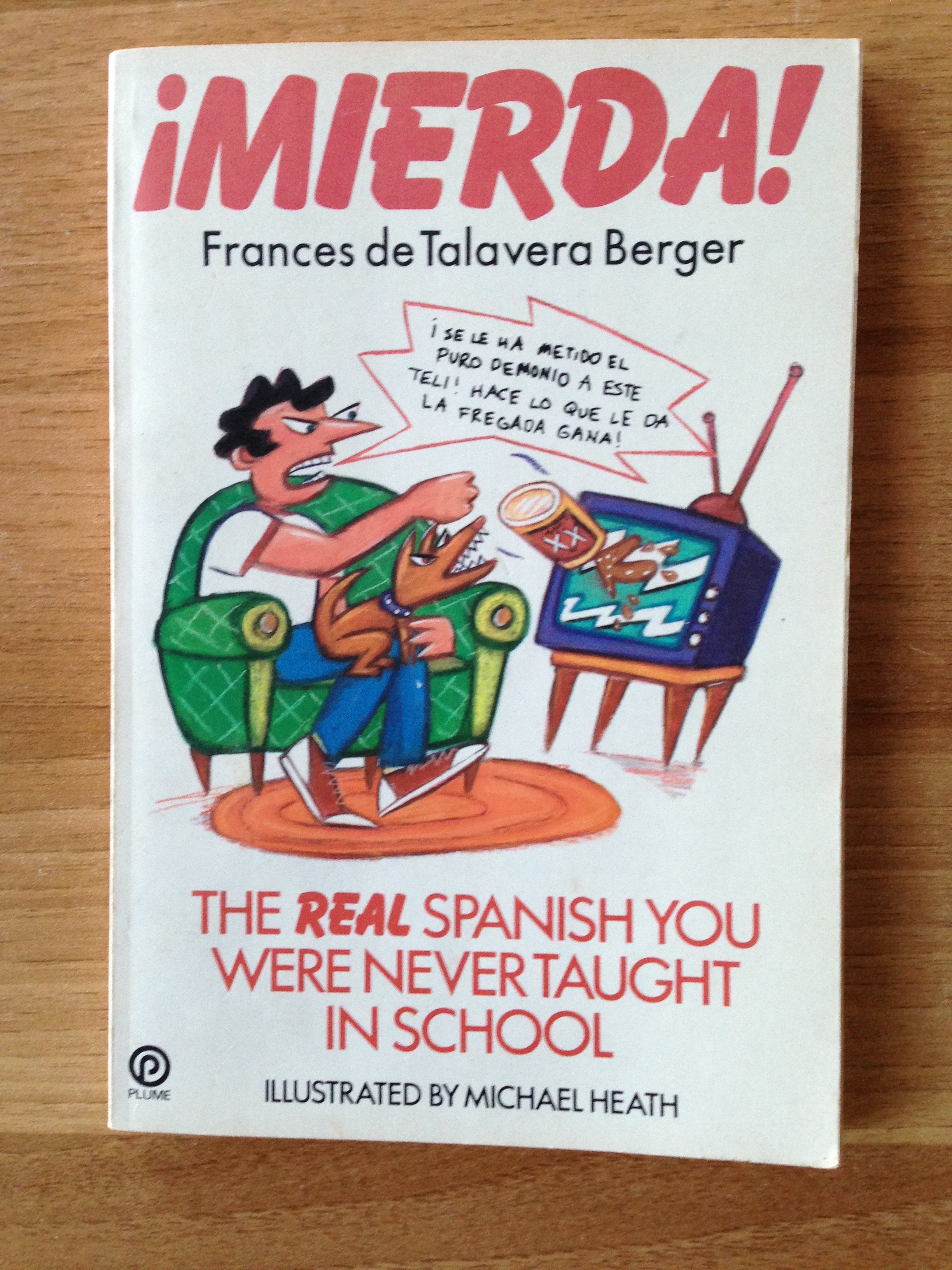 As the mound of gaily wrapped packages in the middle of the circle slowly shrank, this insidious gift – antithetical, I confess, to the spirit of Christmas giving established two millennia ago by the three fabled kings – was plucked out of the pile and unwrapped. It quickly caught the eye of the person next in line, who took a look at it, chuckled and passed it on for the inspection and delectation of the other cousins, uncles and aunts.

After going through at least half a dozen hands, the book’s progress came to a halt when it fell into the possession of one of the only two guests that morning who were not family members. A sweet, demure lady – the wife of one of my father-in-law’s faculty colleagues at the university – she had apparently forgotten the dictum, “Engage brain before putting mouth into gear.”

Instead, after opening the volume to a random page, she read aloud the first item that fell under her gaze.

Since this is a “family blog,” I cannot in good conscience commit to print the expression that then escaped her lips. Suffice it to say it included the word “blow,” preceded by its Spanish equivalent. The rest I leave to the reader’s imagination.

This utterance was followed by a moment of silence so profound you could hear the blood rushing into the poor lady’s cheeks.

Then … pandemonium! An explosion of laughter shook the room. My father-in-law, never one to swear or speak an off-color thought, could not contain himself. I remember rolling over on my side, laughing so hard I couldn’t breathe. I nearly blacked out. All in all, my little gift had made an outsized impact.

I know this is not the way you’re supposed to hold Christmas in your heart. But it’s a memory with the power to “blow” other Christmas thoughts clear out of my head.

The Blind Leading the Blind
Scroll to top