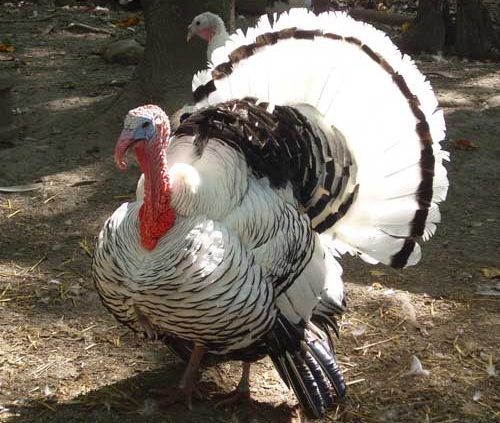 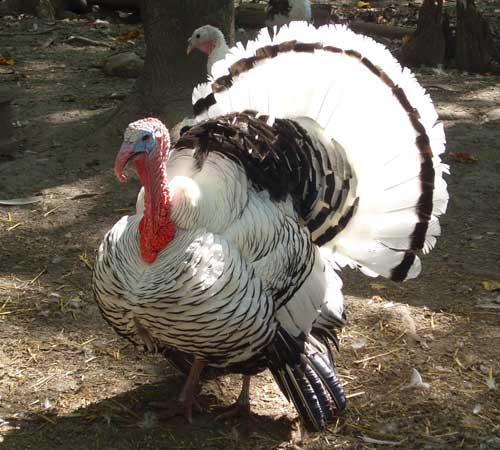 The most memorable Thanksgiving I’ve ever experienced1 took place in 1970 in Pawarkheda, pretty much in the geographic center of India.2 It was the site of a training facility belonging to the government of Madhya Pradesh (M.P., or Central State), which was made available to the Peace Corps to train a new group of volunteers who had been asked to work with the M.P. Department of Agriculture. The Peace Corps office in Bhopal,3 the capital of M.P., had asked me, at the conclusion of my stint as a volunteer in Rajnagar, 300 miles north (nine grueling hours by bus), to remain in India and join the staff that would train the incoming group.4

Whereas my own group of volunteers had spent the first two months of our training in California before traveling to India (Pawarkheda, in fact) for the final month, the Peace Corps had determined that this new group should undergo its entire three months of training “in country.” When the other trainers and I (who had been doing detailed planning for about a week before the trainees’ arrival) met the group’s train at nearby Itarsi Junction, I was shocked at how pale, “green” and “right-off-the-boat” these newcomers looked. They had every right to look that way, of course. They’d first met each other only on departure from the U.S., then flown halfway around the world to New Delhi where they’d boarded a third-class railway car for a roughly 12-hour journey into the sights, smells and sounds of a truly foreign country.

The group arrived in mid-September, and by the time Thanksgiving rolled around they had been through and done a lot. In addition to being exposed to a variety of agricultural and cross-cultural training sessions, both hands-on and in the classroom, they’d been intensively studying a completely unfamiliar language.

Most challenging for them, however, was the series of “immersion visits” each of them would make, individually, to nearby villages – at least once a week, beginning with the very first week. The idea was to get them accustomed to living and working on their own in a village where, if all went well, they would spend the next two years, beginning the day after “graduating” from training.

The first of these exercises was just a one- or two-hour visit to a nearby village to see what it looked like and be introduced to a few people on whom they were encouraged to try a few brand-new (to them) Hindi phrases. Each week, the visits grew in length and the assignments in complexity. The trainees were expected to talk with the villagers, ask questions about crops and a variety of other things – in Hindi of course – and come back with answers. By the end of the training, the final weekly visit was a three-day, two-night stay designed to prepare them to be introduced to the village, elsewhere in M.P., where they’d be doing their volunteer work.

All this background information is intended to convey how mentally tough on the group the training had been – and how ready they would be for a Thanksgiving break.

The staff wanted Thanksgiving to be a well-deserved reward for the guys (it was an all-male group) who’d been training so hard. Fortunately, we had a great kitchen staff. It was headed by a cook5 who, 20-plus years earlier, had worked for British army officers and knew how to please the palate of gora lok (white folks). (India had won independence from Britain, the former colonial power, only in 1947.) The trick was going to be to round up enough turkeys to feed not only 20-plus trainees and staff, but a good number of guests, including the staff of the Peace Corps office in Bhopal as well as a number of guests from the nearby villages that were hosting the trainees every week. 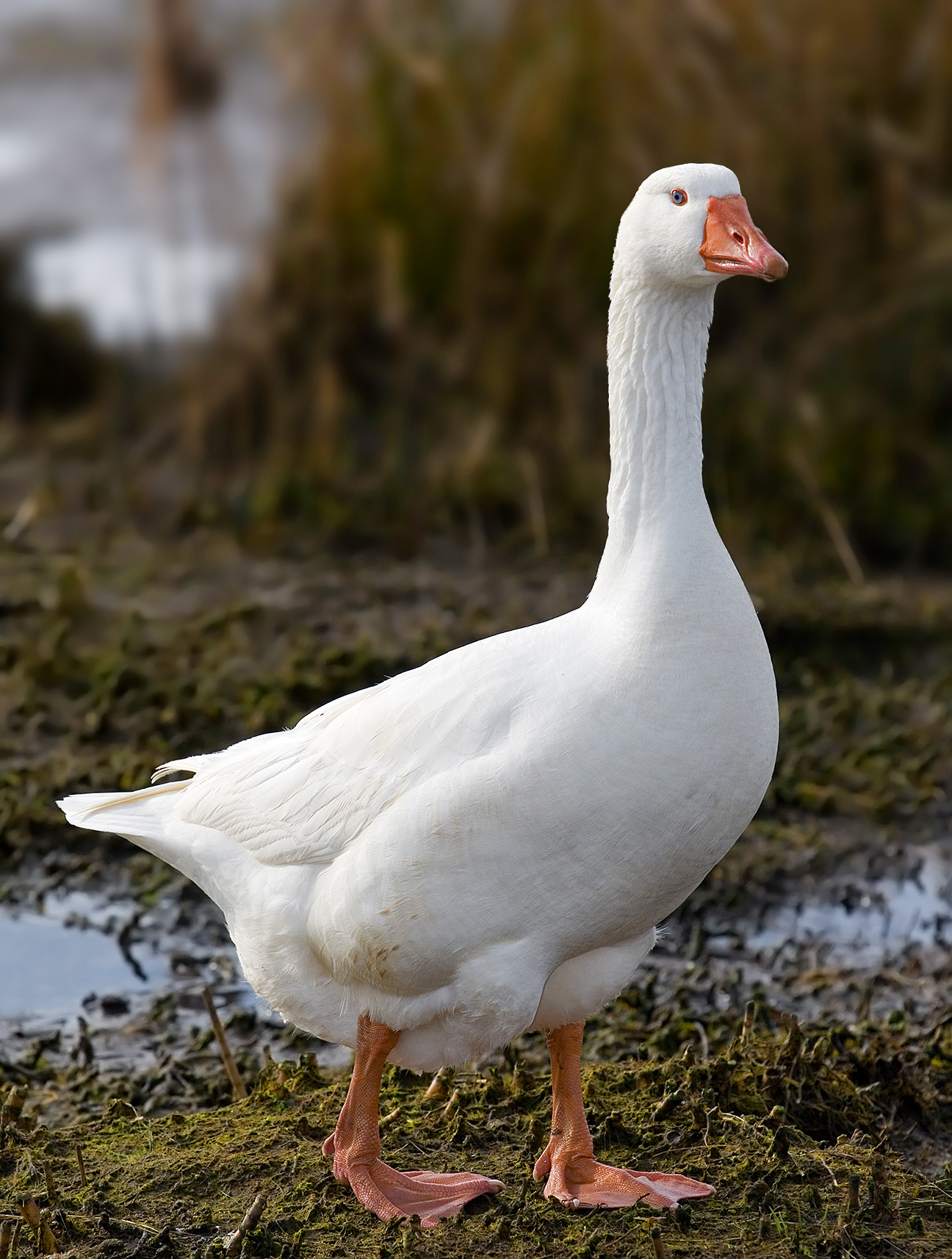 Turkeys are not exactly common fowl in rural India, and the kitchen staff soon found we wouldn’t have enough to feed everyone. So they went on a “domestic goose chase” and found enough of those fatty birds to supplement the turkeys. I don’t remember much else of what was on the menu that evening, but I clearly recall that it was a feast with “all the trimmings” and side dishes you’d normally find at an American Thanksgiving table. For cranberry sauce, the cook must have improvised with something locally available, but there were certainly no complaints. The meal concluded with healthy portions of warm apple pie – unheard of in rural India – “just like grandma used to bake.” 6

Needless to say, the trainees fell voraciously on this feast, devouring everything in sight. That night, more than a few were sick. But no one was unhappy. It was a feast made memorable both for having provided a welcome respite from a highly challenging program and for being so unexpected a culinary gift and reminder of home in a faraway place.

I’d been away from American-style food, except for occasional restaurant meals on visits to New Delhi or Bombay, for over two years, but unlike the trainees I didn’t eat myself sick. Suffice it to say, we all had a wonderful time and felt exceptionally thankful. I remember it still, as though it were yesterday.

धन्यवाद (Dhanyavad)! Thanks! My sentiments then … and today, 46 years later.

1. Most memorable except for the Thanksgiving, about a decade later, when one of my kids suddenly came down with the flu and threw up late at night in the back of our car en route to my in-laws’ home – a precursor to the whole family (except me) spending the entire weekend puking or in bed with the flu!

Also except for a boyhood Thanksgiving at home in New Jersey, when my dad’s sisters – Aunt Sally and Aunt Ray, with their families – came to our house. What was remarkable about that particular event was an “experiment,” now part of family lore, in which Dad, Uncle Mike and Uncle Murray “tested” the theory that mixing your drinks will end badly. They doubted it was true and wanted to “bust the myth.” So they went through the entire liquor cabinet, taking just a “wee dram” from each type of whiskey and liqueur found there. By the end of the day, they declared the myth “busted.” My dad – who drank only rarely and was therefore the most susceptible of the three “experimenters” to ill effects – complained only of a “fuzzy tongue” and claimed, tongue in cheek, that it was the fault of my mom’s cooking!

3. Bhopal achieved worldwide notoriety years later, in 1984, as the site of what is considered the world’s worst-ever industrial disaster when a gas leak at a Union Carbide plant there killed anywhere from 4,000 to 16,000 people (estimates vary widely) and injured nearly 560,000 more.

4. I was the “assistant cross cultural coordinator,” whose job it was to explain Indian culture to these newbies from the perspective of an acculturated American who had just spent two years living in a village. I worked under the supervision of an Indian gentleman, Chaudhuri ji (I no longer recall his first name), who was wonderfully equipped to explain the local culture from an Indian perspective. I also persuaded the training director to allow me to conduct some dirt-under-the-fingernails training in agriculture, based on the practical experience that I’d picked up, working in Rajnagar, of the way Indian farmers sow and fertilize seed.

5. The cook was a culinary genius. One of the best dishes he’d prepare on the everyday menu was what I called “goat loaf,” goat being one of the only two meats (the other was chicken) commonly consumed by those Hindus of castes that are permitted a carnivorous diet. (Beef, in cow-venerating India, is out of the question.) What made him a genius, in my estimation, was that he could disguise the telltale flavor of goat (which Indians call mutton), whose gaminess, when prepared by anyone less skilled, reminded me of the urine that billygoats routinely spray into their beards as an aphrodisiac for dainty she-goats.

6. Heaven knows where the apples came from. They don’t grow in most of India, being limited to areas of high elevation in the northern part of the country – the foothills of the Himalayas, which experience a winter similar to those of apple-growing regions in Europe and North America. 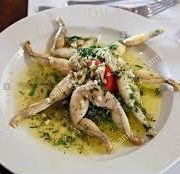 Want to Have Your Palm Read? Me Neither!
2 replies

Tired of the Oxford Comma Debate?
Scroll to top