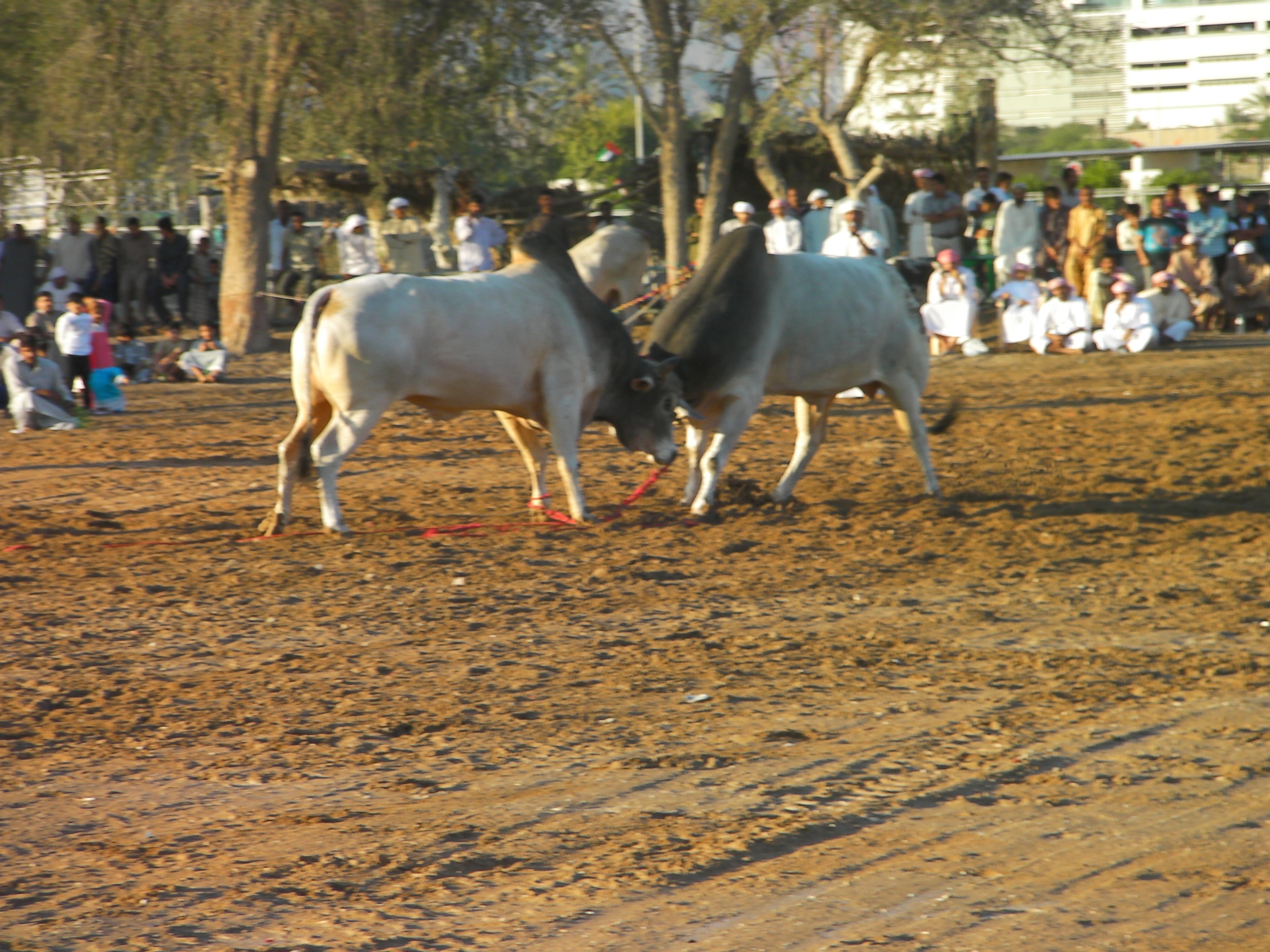 Bull-headed butting. I thought I’d scanned a photo of this phenomenon from my collection of slides taken in India, but I can’t seem to locate it. I found this shot on the web.

Have you ever tuned in to the National Geographic Channel and watched a few minutes of creatures demonstrating how survival of the fittest really works? Lions feasting on gazelles,1 an orca tossing a seal in the air before consuming it, mountain goats butting heads on boulders at the edge of a precipice, a preying mantis devouring a grasshopper?

When she lets her hair down, Mother Nature plays for keeps.

Like many of you, I’ve seen all this and more on the TV screen, but I’ve also witnessed it up close and personal. When I was living and working as a Peace Corps volunteer in India, I’d see bulls butting heads every morning.

This endlessly entertaining show was brought to me by the village cowherd. His job was to collect all the cattle in the village and take them out to pasture. Every morning, he’d walk through the streets of Rajnagar2 and as he passed every house whose occupants owned a cow or bull, the animal would come out and follow him. As he made his way through the village, the herd kept growing. (And, I should add, in the late afternoon, when he returned to the village with the cattle walking behind him, each animal would peel off, unbidden, and enter the open door of its owner’s house. A marvelous phenomenon to behold!)

My house was situated at the edge of the village, and just behind it was a clearing where the cowherd would stop every morning to give the cattle their first opportunity to graze before moving on to more distant pastures. The cowherd’s repeated call — O, gaiya! (Oh, cows!) — announced their arrival. Once in the clearing, the animals would begin grazing. It never took long before the two bulls in the herd would face off, briefly paw the ground, raising a small cloud of dust, and then — several times — charge each other, colliding with a resounding crash of skulls.

Unbeatable entertainment, right in my own backyard!