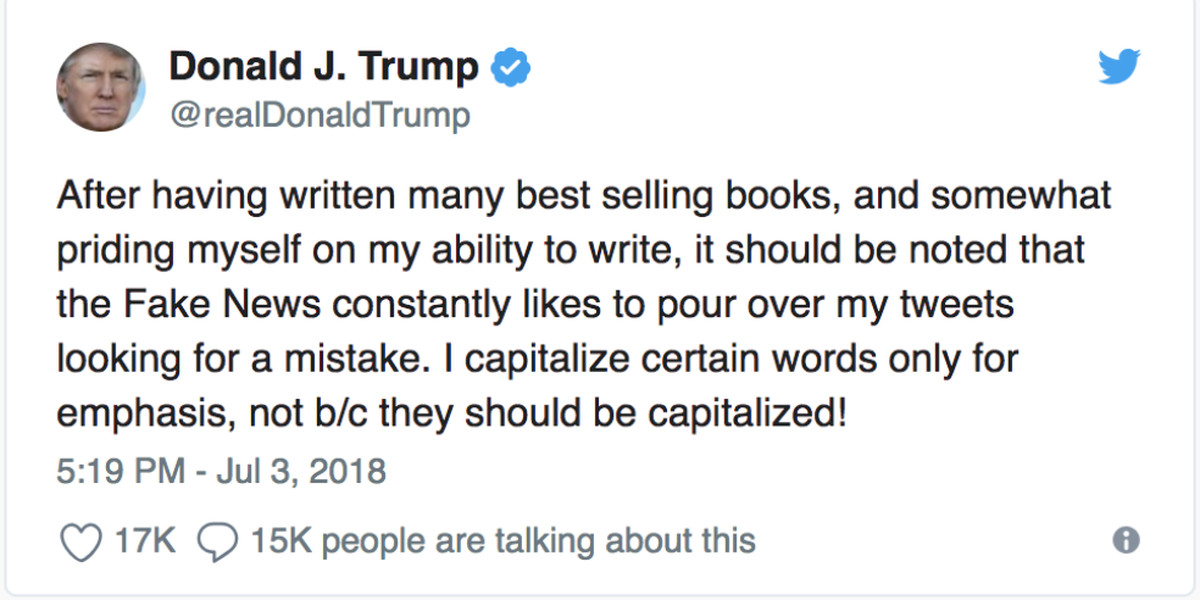 A couple of weeks ago (July 3), Donald Trump – who claims to take pride in his ability to write – published a tweet that read, in part, “…the Fake News constantly likes to pour over my tweets looking for a mistake.”

Far be it from me to dump on a guy who, even if he deserves most of it, receives more bad press in a day than the rest of us do in a lifetime. Still, as I pore over the numerous online reactions to Trump’s mistaken word choice, I can only suggest that the best thing to pour over the Speller-in-Chief’s tweet might be a flammable liquid.

For the record, pour refers to the act of tipping a liquid out of a container. Pore is what we do when we closely examine a piece of writing, such as a tweet.

Risking Life and Limb for a Good Photo
Scroll to top