Last week I recounted my 1971 adventure motoring down the lower reaches of the Sepik River in Papua New Guinea. Today, I’ll go back only to June 2006, when Sandra and I had an altogether different kind of watery adventure – at a bird refuge on the shore of Lake Takern in southern Sweden.

Several months later in 2006, Sandra was going to be entering her “sexy sexagenarian” decade. It was also the 20th anniversary of the year we met. So I thought the time was ripe to travel abroad. I’d met Sandra after I’d already had all but a handful of my overseas experiences – India, Russia, Brazil, Japan, Western Europe, a kibbutz in Israel and the extensive trip across Asia I referred to in last week’s blog post. Up to that point, Sandra had had few opportunities to travel abroad, and she was clearly eager to taste something new and different.

We’d accumulated enough airline miles for a free trip across an ocean, so I asked Sandra where she might like to go. “Russia,” she responded, somewhat to my surprise. After all, it’s hardly most people’s idea of a garden spot. “Why Russia?” I asked. “Because you talk so much about it,” she responded. “I’d like to see it.”

So we started planning our trip. United Airlines, where we had our miles, doesn’t fly to Russia. But, with its frequent flier partners, it could get us to Scandinavia, right next door. The broad outline of our itinerary quickly became clear. We’d fly from Honolulu to Copenhagen – via Los Angeles and London – spend a few days enjoying the wonderful Danish capital and its environs, then drive across southern Sweden to Stockholm, take an overnight ferry across the Baltic Sea to Finland, and finally catch a train from Helsinki to St. Petersburg, which had been called Leningrad when I worked at the U.S. consulate-general there, 1976-78.

My initial thought was to rent a car in Malmo, just five miles (8 km) from Copenhagen via the Oresund Strait auto-railway bridge-tunnel, then drive directly to Stockholm. Sandra had a better idea. Much better. She found maps, guidebooks and websites, then dove deep into research. She found some fabulous places to visit, so we wound up taking nearly a week to traverse the roughly 375 miles (600 km) between Malmo and Stockholm. We did almost all of it on picturesque secondary roads, stopping at Viking fortifications, rune stones, an Iron Age megalithic site, a historic castle, the Kosta Boda Orrefors glass company – and the Lake Takern bird refuge. 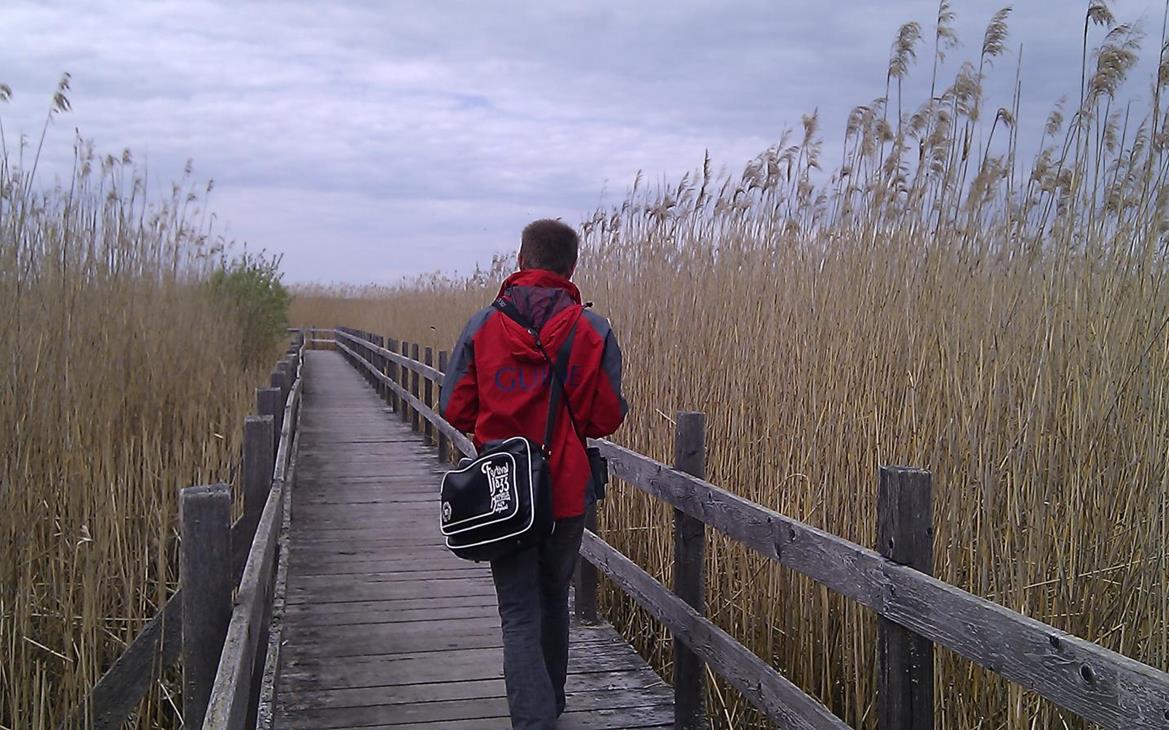 Walkway at the refuge

We arrived at the refuge in the late afternoon, usually a great time to observe waterfowl and shorebirds. After parking our rental car – a Saab* – we followed a walkway surrounded by tall wetland reeds toward a wooden viewing tower. We quickly realized we were entering mosquito territory. The farther we walked, the thicker grew the swarms. It got so bad we wound up staying only two or three minutes before running back to the safety of our car. We’d driven all that way to visit a bird refuge but had found, instead …

* This note is for lovers of Swedish cars. We were delighted to rent a Saab rather than a Volvo. When I’d been posted to Leningrad, we bought a Saab and loved it. Here’s the back story. First, you might wonder why, when living in the USSR, I would want a Swedish car in the first place. That takes me all the way back to the summer of 1967, when I first visited the USSR as a graduate student to work on improving my fluency in Russian. As I walked around Leningrad that summer, I’d occasionally see foreign tourists driving their own cars on the city’s streets. When parked, these cars, particularly American cars (of which I saw a few), inevitably attracted admiring crowds.

Before heading back to Leningrad in 1976, I decided that to avoid attracting such crowds, it would be best to have a less conspicuous car, probably a Western European vehicle. I settled on a Swedish car for a couple of practical reasons. I’d read that it was advisable to have one’s car serviced and repaired, when necessary, outside the USSR, since Soviet repair shops had a reputation for stealing parts and replacing them with cheap knock-offs. Leningrad was situated only three hours’ drive from the border with Finland, where Swedish cars were popular, so I felt a Saab or Volvo would be my best bet. Before leaving the U.S., we test drove both brands. The Saab was a dream to drive; the Volvo felt sluggish. Moreover, the Saab had front-wheel drive, which I knew would be helpful in avoiding skids on snowy winter streets. So that’s what we bought.

When we arrived in Leningrad and I had an opportunity to speak with a few Swedes, they confirmed I’d made a good choice. In Sweden, they told me, all police cars were Saabs, thanks to their speed and nimbleness. In the U.S., Volvos have a reputation as being very safe in an accident. From research I did at the time, Saabs were considered equally well-built and safe. That, of course was the situation four decades ago. I don’t know if it remains true today. 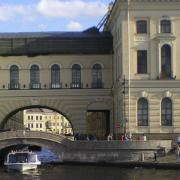 A Glimpse of the Stone Age