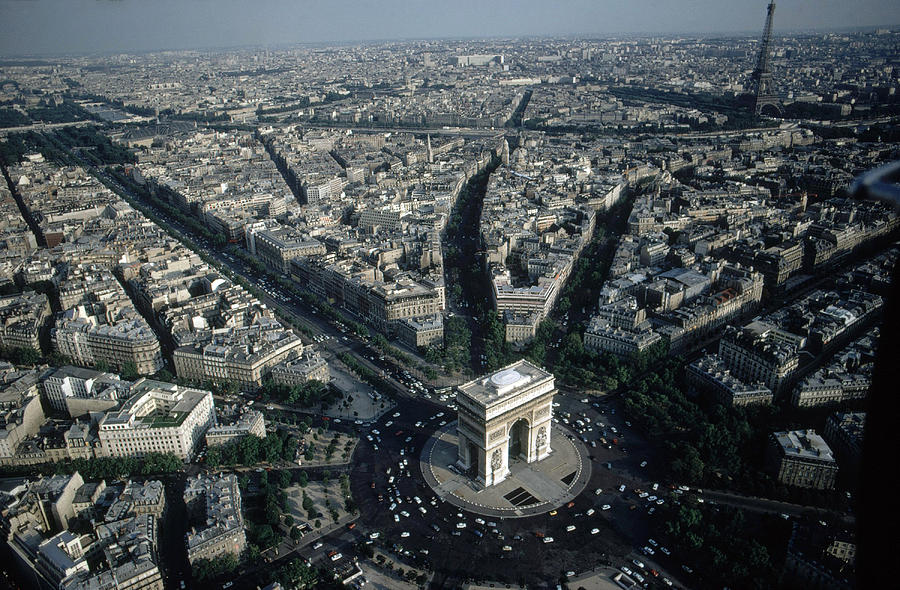 Back in 1965, I made my first trip to Europe. In Paris, I learned you could go to the top of the Arc de Triomphe. But how to get there? It stands in the middle of the Place de l’Étoile,* a traffic circle at the intersection of the Champs-Élysées and five other streets. This makes a total of 12 streets pouring maniacal Parisian traffic into the roundabout. No zebra-striped crosswalks. No traffic signals. And one crazy American 20-something determined to thread his way across seven or eight lanes of traffic mayhem. (It’s not clear how many lanes I had to cross; the photo below, which I took, shows no lane markings.) 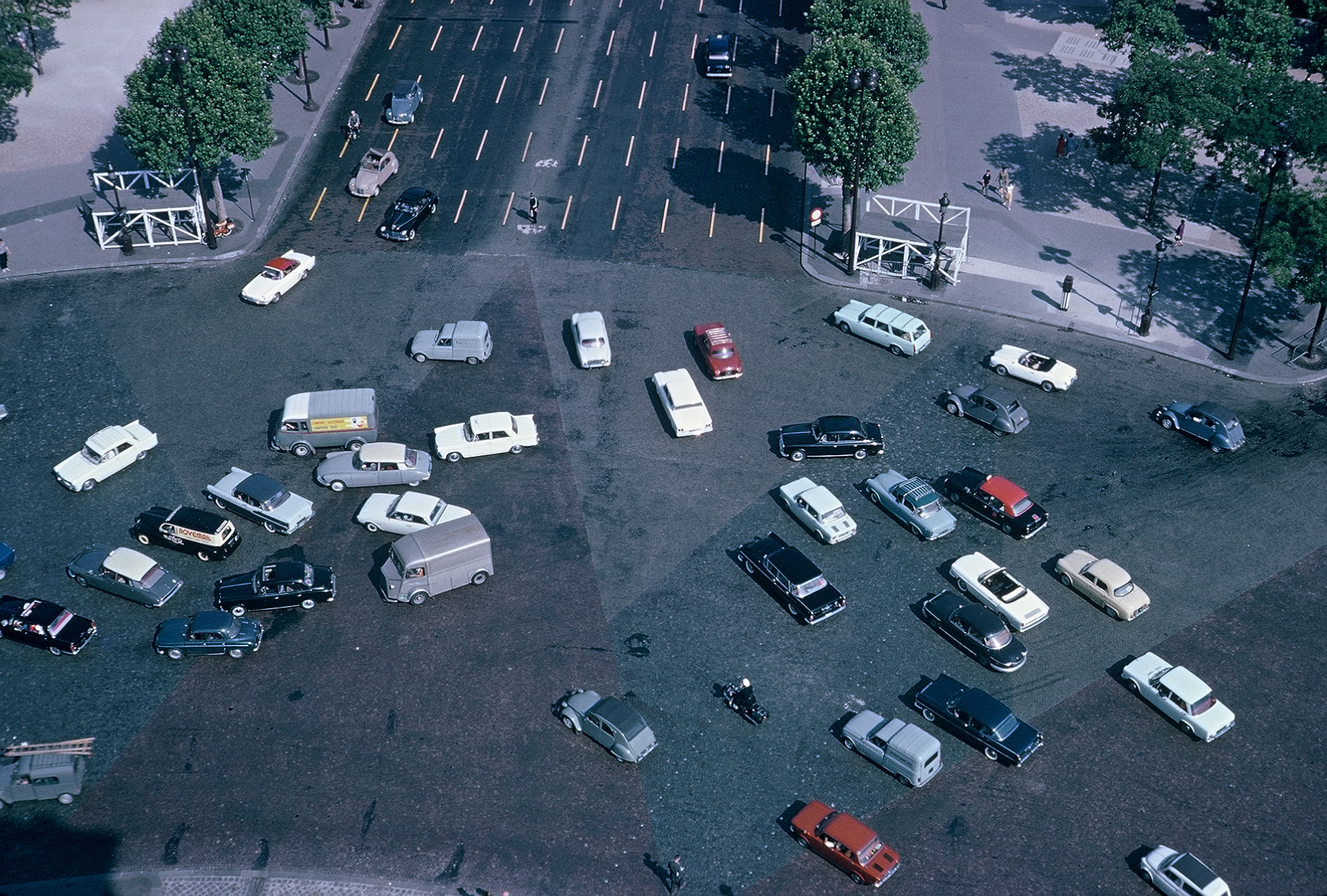 I made it across, found an elevator to the top, took a good long look at the vehicular insanity I had just navigated – and several photos. Upon return to terra firma – zut alors! I spotted a sign directing me to a pedestrian tunnel that led beneath all those unhinged motorists to the safety of the opposite curb.

Next time you’re in France and have a hankering to get an overview of how the locals drive, be forewarned. Don’t do it the hard way!

* Étoile means “star,” and you can see why from the aerial photo below. FYI, Place de l’Étoile is now called Place Charles de Gaulle.

By the way, my photo shows several examples of two memorable French vehicles, the Citroën 2CV (“deux chevaux” or “two horses/horsepower,” which I’ve always thought looks like a breadbox on wheels – you can see one in the lower center of the photo above, to the left of the motorcycle), and the Citroën DS, an engineering/design marvel that looks a little like a turtle on wheels. (The photo shows two of them, the most easily spotted of which is at the left edge – a blue car with white roof.) 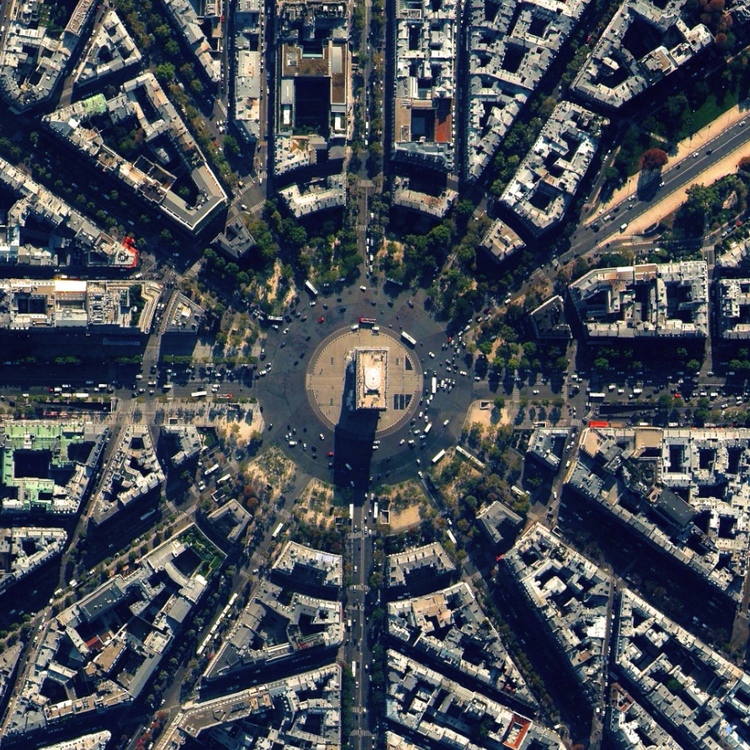 Nuts and Alligators
Scroll to top