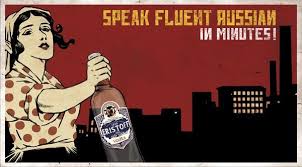 A few weeks ago I wrote about my initial exposure to vodka, back in 1967 during my first stay in Leningrad/St. Petersburg, when a friend and I sat on a park bench and shared a bottle of “the white stuff” with a partially – and soon to be totally – inebriated Russian guy.

On that occasion I was more a witness than a participant, since after I took a swallow or two, the bottle never came back to me.

On the second occasion, swallows became gulps, and I was in the thick of the action. It happened one evening early in that same first stay in Leningrad (studying Russian language at Leningrad State University – LGU – with an entire planeload of young Americans). The Soviet host organization often arranged afternoon and evening outings for us. One evening, they took us to a performance – in Russian – of My Fair Lady. I no longer remember how the translator managed to render into Russian a story that revolves around English pronunciation. Suffice it to say, I found the production impressive.

After the final curtain, we were introduced to the performers, who promptly invited us backstage. In an instant a bottle of vodka and a glass appeared out of nowhere. Because we’d all have to take turns using the glass and several of the Russians had noticed that I seemed a little more fluent in the language than most of my friends, I was given the honor of going first. It was a normal water glass, a tumbler that could hold perhaps 10 ounces (±300 ml). Someone generously poured in nearly half a glassful – “sto gramov” (a hundred grams = 100 ml), they said. “Vypi – Drink up!”

Those “hundred grams” were more like 150.* Daunted but determined, I took a big sip. “Hurry up!” someone called out. “We’ve got just one glass. We have to pass it around.” Somehow, I got the rest down in a couple of huge gulps and surrendered the glass. When I came up for air, I was breathing fire.

Of the rest of the party, I remember only highlights:

By the time I returned to the dormitory and lay down, I found that when I closed my eyes, the room would slowly begin to spin. The spinning would accelerate till I opened my eyes. It began again when I closed them.

Somehow, miraculously, I fell asleep and did not throw up. That, I believe, can be chalked up as a major accomplishment!

** How does Howard become Govard? Easy. The Russians and Ukrainians have a thing about G’s and H’s. The closest sound to an H in Russian is rendered by the letter X, whose standard transliteration into English is “kh,” which is pronounced somewhat gutterally, like the “ch” in Scottish “loch” or Hebrew (and Yiddish) “Chanukah.” However, most English words with the H sound are rendered in Russian not with an X but a G. That’s how Howard becomes Govard.

If you think turning an English H into a G is weird, think about this. The Russian word for “speak” is “govorit.” In Ukrainian, it’s “hovorit,” with the H pronounced gutterally, as explained above. Russians and Ukrainians can instantly identify – and sneer at – each other by the way they say words with G’s and H’s.

National Doughnut Day — Did It Roll Right Past You?
0 replies

Verbiage? No Way!
Scroll to top