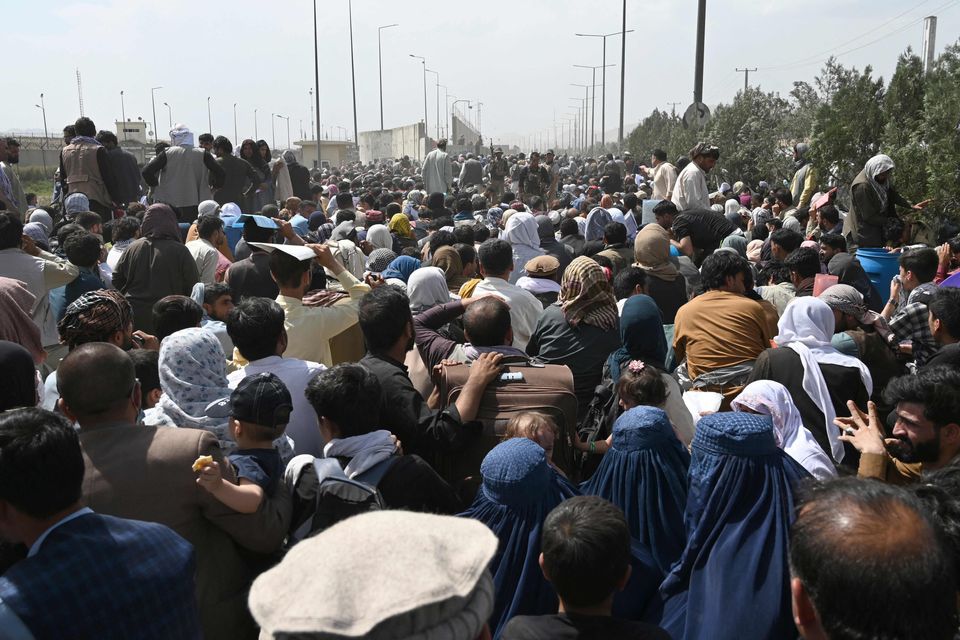 Two weeks ago, just days after the Taliban seized power in Kabul, I wrote about the news from Afghanistan and Washington. Among much else, I said:

It is utterly irresponsible and shameful for our highest officials in Washington to be telling the thousands of U.S. citizens still stranded in Kabul and elsewhere in Afghanistan that we have no way of ensuring their safe passage to the Kabul airport. It is equally reprehensible for the U.S. to be so callous in neglecting the safety of the thousands of Afghan citizens who fought and suffered alongside our troops. We gave them our solemn promise that if worse came to worst, we would evacuate them and their families. This is a moral debt we cannot run from. It is to America’s undying shame if we do.

Two days later I wrote my representatives in Congress, Senators Dianne Feinstein and Alex Padilla and Congressman Jared Huffman. I said, in part:

I believe we owe a moral obligation to all those Afghans who fought beside U.S., NATO and other allied troops, translated for us, worked in our embassy and assisted all the U.S. agencies working in Afghanistan.

They and their families are frantically seeking to get out of that country. If we leave them behind, the Taliban will very likely murder them. This would be a bloody and indelible stain on our country. We must not allow it to happen….

We must guarantee safe passage out of Afghanistan not only for U.S. citizens and green card holders, but for all those who have supported and assisted us — and for their families. Otherwise, their deaths and suffering will be America’s responsibility. And the damage to our country’s honor will be beyond repair.

Today, nearly a week after the U.S. abandoned the airport, thousands of Afghans who were desperate to leave — plus several hundred Americans — have been left behind. Many of these Afghans worked closely with our troops, our embassy and various American and international voluntary organizations (NGOs) working to improve life in Afghanistan. Thousands of others had no direct connection with the U.S. government but had been flourishing under the relatively enlightened Afghan government we supported these past 20 years. They are all now living in mortal fear of the Taliban and ISIS-K. They include:

• An Afghan interpreter who helped rescue then-Senator Biden from a downed helicopter in 2008.
• A translator for the U.S. Marines.
• A U.S. citizen employee of the Voice of America (a U.S. government agency).
• The wife, mother and four siblings of former interpreter Haseeb Kamal (a dual citizen).
• Members of the Afghan women’s soccer team, many of whose teammates managed to escape, but whose family members are still stranded.

I believe the blame for this dishonorable abandonment of people we are morally obliged to save can be pinned on two irresponsible presidents, Trump and Biden, both of whom were both so eager to win political points from a fickle, forgetful and poorly informed U.S. electorate by withdrawing from Afghanistan that they gave little thought to the costs of their actions, both in Afghanistan and around the world (where America’s friends are drawing inescapable conclusions about our unreliability when the chips are down). 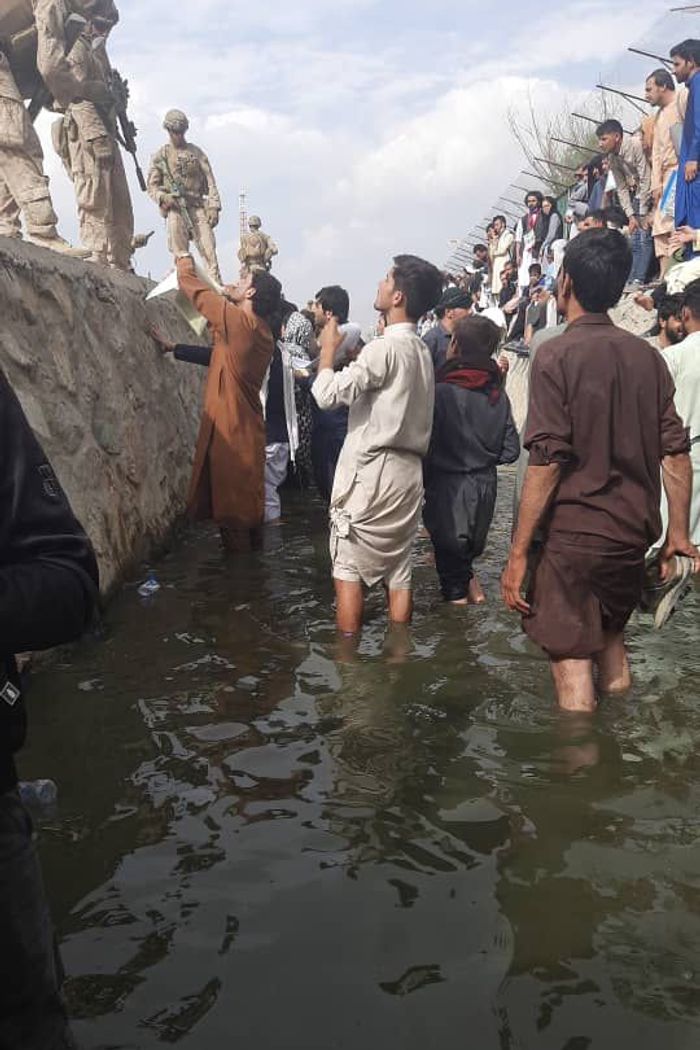 American troops were given the most unimaginable, heartbreaking assignment — keeping refugees outside the airport fence

We have all seen the reports of the over 120,000 people — Afghans as well as Americans — who were airlifted out of Kabul. Without wishing to minimize for a moment the bravery, professionalism and above-and-beyond efforts of our airmen and -women and the soldiers and Marines who secured the airport and made the evacuation possible, I observed something in many news reports that deeply troubles me. The pictures that stick in my mind are of the U.S. troops guarding the gates to the airport. It would be nice to believe they were there solely to protect the people inside from possible Taliban and ISIS-K attack. They certainly were there for that purpose.

However, it’s quite clear that they were also burdened with another, quite different responsibility. One news report called it “entry control” — preventing all but a tiny minority in the desperate crowd from getting through the airport gates. The higher-ups — in a trail ultimately leading to the Pentagon, State Department and White House — stuck by their callous, reckless decision to pull our last troops out of the airport by August 31, come what may. That was their highest priority — human life and America’s honor be damned.

What’s especially hard for me to stomach is that we rejected a Taliban offer to leave the security of Kabul in American hands till our withdrawal was complete.* While it would no doubt have required additional American troops to secure the city, it would have allowed us to rescue the thousands who have now been left to the Taliban’s tender mercies. How difficult would it have been to bring in the additional troops necessary to secure the city? Think about it — the planes that evacuated over 120,000 people flew into Kabul practically empty. They could easily have carried the troops needed to secure the city and safeguard the departure of all those desperate to leave. But, as the reports I have seen about this shameful episode make clear, skedaddling was the politicians’ overriding priority.

I am ashamed of and infuriated by my country’s failed leadership. I hope and pray that the electorate will decisively rebuke it in the 2022 and 2024 elections. The Biden-Harris administration does not deserve a second term. And the congressional GOP enablers of the poisonous Trump fantasy that the 2020 election was stolen deserve to lose their seats in 2022. If it were up to me, they’d all be tarred, feathered and run out of town on a rail. We need a clean sweep in Washington, and I only hope we can find enough brooms to do the job.

Two final thoughts. First, the biggest heroes of Kabul are the courageous men and women — former military and intelligence professionals who managed to organize the “Pineapple Express” and other groups that worked mostly outside official channels to fly hundreds of our Afghan allies to freedom in planes chartered with private funds. They did all they could in the most harrowing of circumstances not only to save people’s lives, but to salvage America’s honor. They deserve our eternal gratitude.

Second, a few words about the resettlement of all those Afghan refugees who manage to get to the U.S. I’ve seen too many reports of Americans who would make these friends and allies unwelcome. These people fought and bled with us. They deserve our love and compassion. We should welcome them with open arms and open hearts, just as we have welcomed refugees from oppressive regimes in Hungary (1956), Cuba (ever since Castro took over in 1960) and the boat people and others from Vietnam, Cambodia and Laos (after the fall of Saigon in 1975). Groups like No One Left Behind are accepting donations that will help these refugees start a new life in what I hope forever remains the Land of the Free.

“‘We have a problem,’ Baradar said, according to the U.S. official. ‘We have two options to deal with it: You [the United States military] take responsibility for securing Kabul or you have to allow us to do it.’

“Throughout the day, Biden had remained resolute in his decision to withdraw all American troops from Afghanistan. The collapse of the Afghan government hadn’t changed his mind.

“McKenzie, aware of those orders, told Baradar that the U.S. mission was only to evacuate American citizens, Afghan allies and others at risk. The United States, he told Baradar, needed the airport to do that.

“On the spot, an understanding was reached, according to two other U.S. officials: The United States could have the airport until Aug. 31. But the Taliban would control the city.” 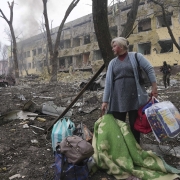 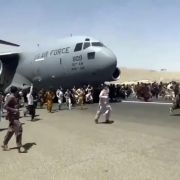 Are You Ready to Join The Illuminati?
Scroll to top