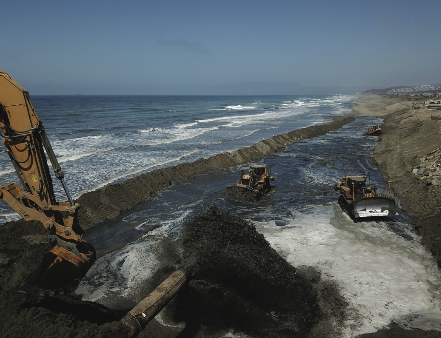 Not long before last Halloween, I got a message from someone I’d collaborated with several years ago. She had long since left the firm she’d been at when we first worked together, but — as is the case with most people I get to know professionally — I’d made an effort to stay in touch even after we were no longer cooperating on writing/editing projects.

This is something I’ve done for some time. Why? Partly because I appreciate the friendships I make but also, to be perfectly candid, because I’ve learned that work opportunities for a freelance writer/editor like me often appear long after working relationships have come to a close — typically because these friends have moved on to new jobs.

So I do my best to stay in touch via social media, personal email addresses, cell phones, birthday and holiday greetings, and so on. I’ve found it helps keep me in mind — as well as the skills and experience I offer — with people who might later wish to turn to me professionally again, if only they still knew how to find me.

I see this approach, in short, as a critical way to keep my professional credibility* alive in the minds of people who have previously relied on what I could do for them. It’s a critical aspect of keeping my network intact and strong. In fact, because these friends already know the quality of my work, I believe this aspect of networking is just as important as the effort to continue building my network with new acquaintances.

This is the conceptual background to a story about the message I got last fall, when an old friend asked if I’d be available to handle a job she didn’t have time to do. The work would never have come my way if I hadn’t demonstrated, in our previous collaboration, that I was equipped to handle the challenge … and then made the effort not to lose touch.

So what was the challenge she gave me? To write the bulk of a company’s annual report — three feature articles in its 2021 Year in Review — and edit the rest of the text, which would be provided by the company. The great thing about this assignment was that it was for a community and environmentally minded company that does really interesting work.

The company — The Dutra Group — is a family-owned organization headquartered in San Rafael, California (about 20 miles north of San Francisco), that does rock quarrying, seawall building, ocean and river dredging, and other heavy construction projects not only in the San Francisco Bay Area but around the country.

Following is the account I wrote (as part of the Year in Review) of Dutra’s work on a major project along San Francisco’s western shoreline, “Ocean Beach, Engineering in the Sand.” (Note: All the photos in this post appeared in the company’s report.)

Ocean Beach — Engineering in the Sand

When they were kids, Marshall Thompson and Erik Peterson loved to go to the beach and “rearrange” the sand with plastic buckets and shovels. Fast forward a few decades, and they were rearranging the sand again, or rather carefully engineering it, this time directing a skilled Dutra Group team equipped with bulldozers.

How did Project Manager Thompson, Quality Control Manager Peterson and the roughly four dozen members of the Dutra team find themselves reliving — sort of — a childhood pastime at Ocean Beach? This three-and-a half-mile strand appears to be a fine example of a place where an irresistible force meets an immovable object. But not quite. The force — ocean waves — relentlessly pummels San Francisco’s Pacific shore, but the shoreline turns out to be not quite immovable.

Blame it on two things: rising sea levels and the inexorable work of ocean currents and tides. As the saying goes, Time and tide wait for no man. Nor does climate change.

Ocean Beach, popular with legions of San Franciscans and their cavorting canines, has been narrowing for years. Part of the shrinkage can be attributed to sea level rise, and part to the long-standing erosion caused by the area’s heavy wave action and strong currents, which have been washing sand away for centuries.

Some people believe that government often waits till the last moment to avert catastrophe. Fortunately, San Francisco did not have to wait for Ocean Beach to vanish before action began. Remarkable as this might seem to some observers, several factors came together to save the beach. One was alarm at the prospect of losing a much-loved recreation area and landmark.

Still more powerful was fear of how the loss of beach sand could endanger a piece of infrastructure critical to health and safety — the 14-foot-wide Lake Merced Tunnel that runs under the beach, carrying wastewater from the city’s Oceanside Water Pollution Control Plant through a pipeline and discharging it miles out to sea. As quoted in the San Francisco Chronicle, a project manager and climate adviser at the San Francisco Public Utilities Commission (PUC) said, “If that [pipe] gets exposed, it could crack. If it ruptures we’re spilling stormwater and sewage onto the beach.”

With alarm bells like these loudly ringing, a raft of government agencies got involved. While Thompson, Peterson and their Dutra teammates rolled up their sleeves to save the beach, no fewer than 15 city, state and federal agencies were involved.

As might be expected, the U.S. Army Corps of Engineers, Dutra’s client, played the key oversight role and shouldered 65% of the project’s cost. The city’s PUC picked up the balance. Others involved in the planning, according to a Chronicle report, were the National Park Service’s Golden Gate National Recreation Area, the California Coastal Commission, the California Water Quality Control Board, the National Marine Fisheries Service and the U.S. Fish & Wildlife Service.

“This project had more site visits from all these stakeholders as well as congressmen and the mayor in about a month and a half than I’ve ever seen on any project,” said Thompson. “Everyone wanted to come and look. Nothing like this had never been done before, so it was a pretty big deal for the area. It was exciting.”

Even more exciting was the work itself. Unlike virtually every other beach project that Dutra has done over the years, this one did not involve extending the beach out into the ocean. Instead the objective was to build a 28-foot-high, 3,500-foot-long berm behind the beach that would, among other things, protect the city’s wastewater treatment plant and its effluent pipeline. 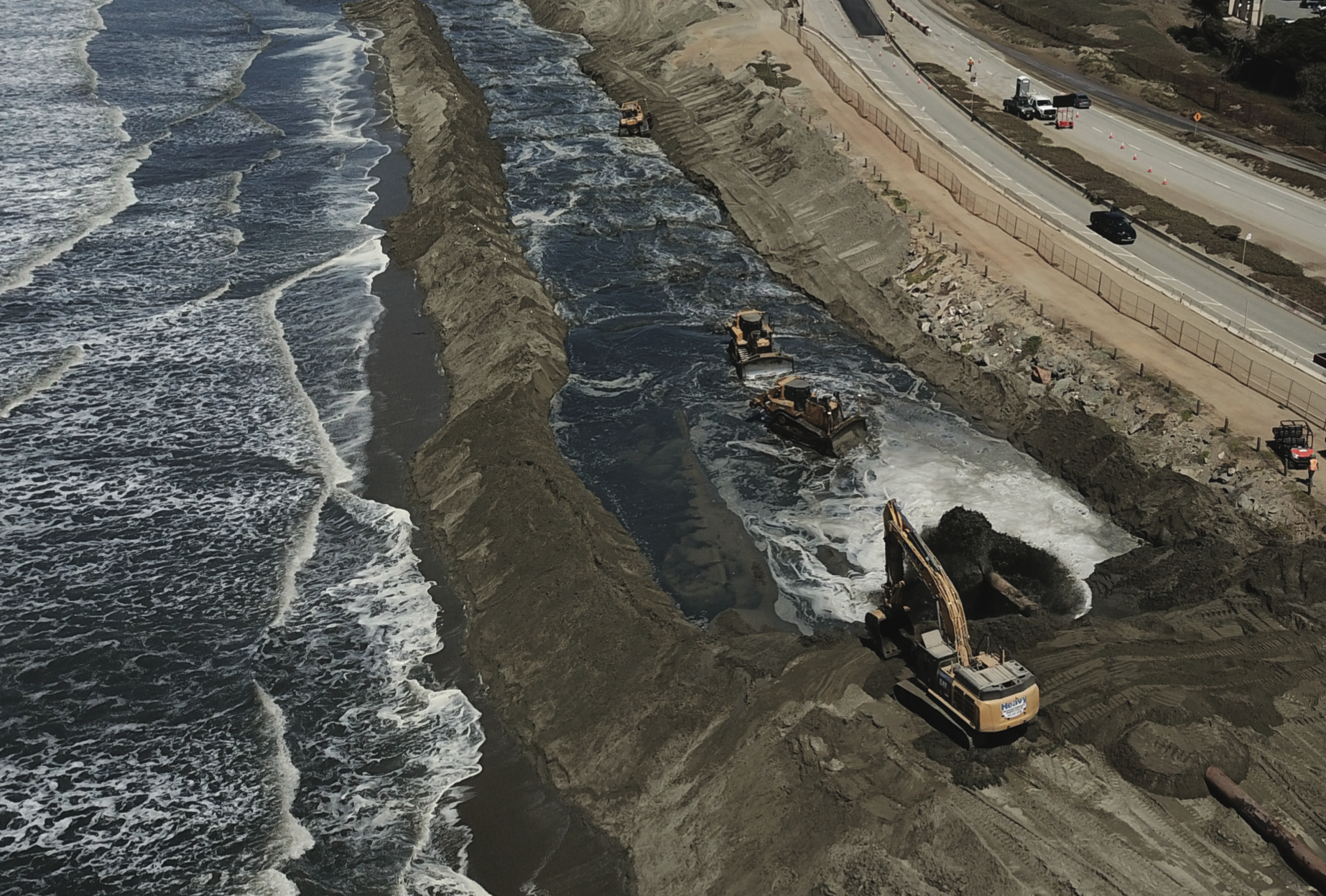 The major pieces of equipment that Dutra mobilized to build this monumental berm were one big oceangoing dredge, four dozers, an excavator and a loader, and a crew boat.

The dredge, Dutra’s 372-foot Stuyvesant, is equipped with two 90-foot drag arms, one on each side of the vessel, whose 12-by-6 foot “business ends” sucked sand off the ocean bottom and pumped it some 5,000 feet to shore — plus up to an additional 1,500 feet along the shore to the discharge point, where the bulldozers took over, building the berm.

According to Thompson and Peterson, the project presented a number of challenges: weather-generated swells that washed newly deposited sand off the beach, the sand’s fineness which made it more prone to washing away than the coarser, stickier material found at most beach projects, and a confined working space for shaping the steep-sloped berm, “with a cliff at our back and the ocean on the other side,” as Peterson put it.

Thompson is quick to share credit for the team’s success with site superintendent Robby Brun and foreman Jeremy Phillips, both of whom have worked on all Dutra beach projects over the last decade and are the company’s “backbone” when it comes to building beaches. Great troubleshooters and problem solvers, they also “run a really tight ship.” He says they “take safety personally” and deserve credit for the perfect safety record of a project with a high-risk activity: multiple dozers working in confined watery, sandy spaces.

Ultimately, Thompson and Peterson report, their byword at Ocean Beach was Adapt and Overcome. “Everyone was just kind of spit balling,” they said. What didn’t work one day, did work the next. They went at it persistently and “just kept hammering.”

Thompson said, “Everyone coming into the job — including us — thought it was a crazy idea and couldn’t be done. The Army Corps had been working for years to get approvals for Ocean Beach. So it was certainly challenging, but when we finally got all the sand up on the beach, we felt pretty proud. It wasn’t the biggest beach job we’ve ever done, but it had lots of moving parts. It definitely kept us going!”

A little tougher, one might say, than “rearranging” sand with buckets and shovels. 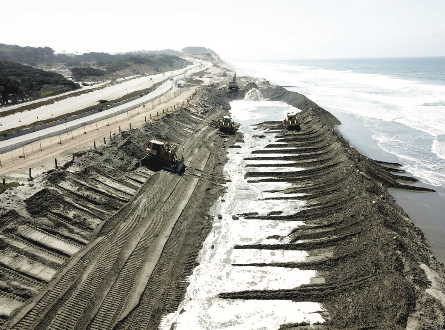 What a gratifying result of the effort to remain in touch with friends who are familiar with the kind of work I do and the value I can provide.

* Professional credibility — another way of saying “reputation,” a term I greatly prefer to “brand,” which feels (to me, at least) cold and impersonal when referring to the way professionals would like their clients and potential clients to view their ability to perform. 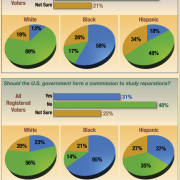 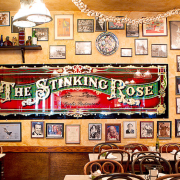 The Power of Garlic