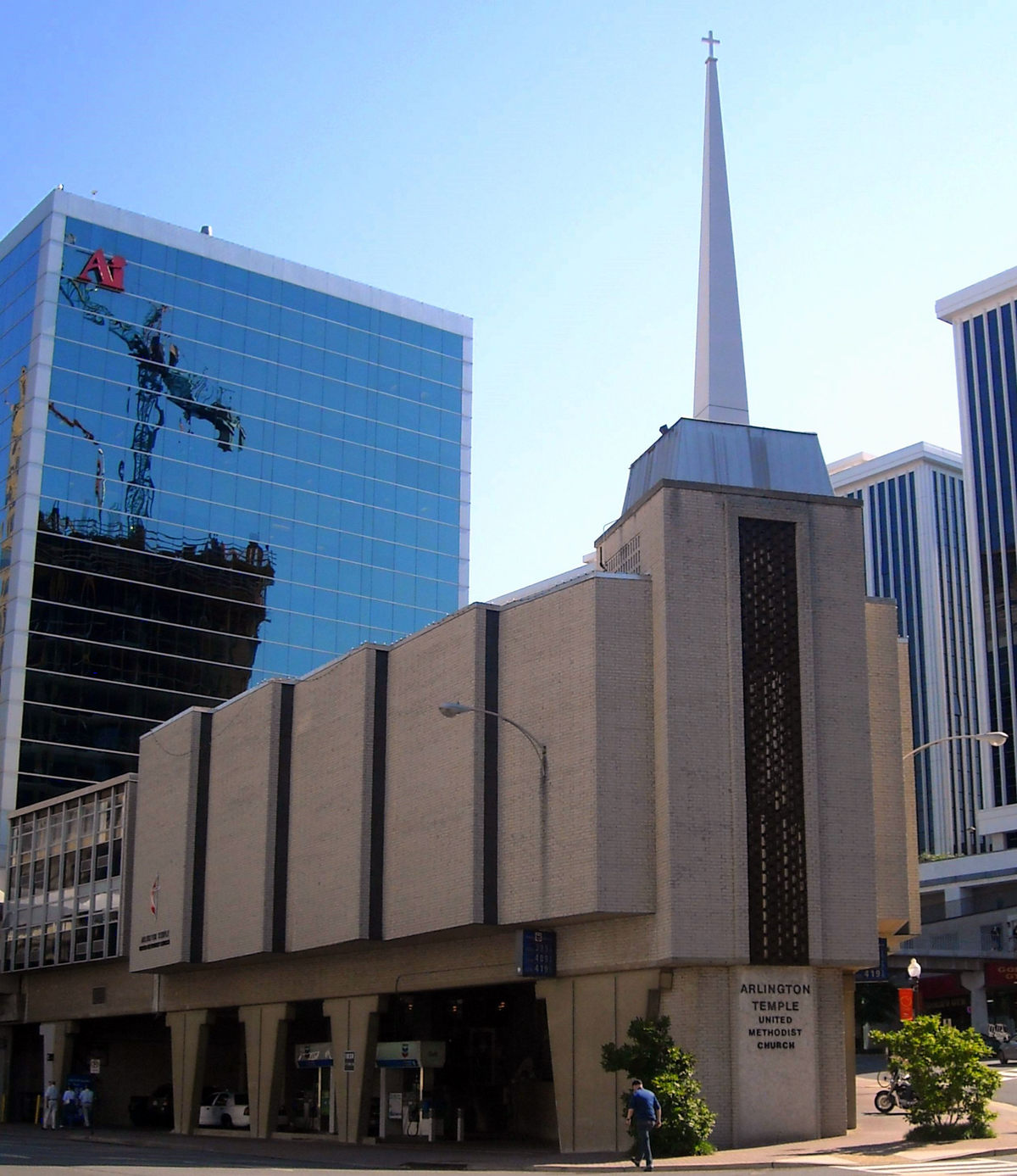 Rosslyn’s most notable edifice. The Foreign Service Institute was housed in the glass-walled building at left.

Trigger Warning: The following post may offend your religious sensibilities.

In a little over two months, Sandra and I will be joining our son Adam and his family in the Washington, D.C., area for Thanksgiving. In beginning to think about things to do and see in the area I used to call home, I recalled the many hours I spent, back in 1971, in the Northern Virginia town of Rosslyn, just across the Potomac River from Washington’s tony Georgetown district.

Rosslyn was then the site of the Foreign Service Institute, where I took a five-month course in Portuguese in preparation for the first assignment in my former diplomatic career: the U.S. embassy in Brasilia (where our first kid, Naomi, was born).

While the Institute has long since moved into a lovely, 72-acre campus of its own, at the time I was studying there it was located in leased space on several floors of a glass-walled Rosslyn office building located at the upper end of a steeply sloped street. At the bottom of the slope was an unusual structure — a combination church and gas station. 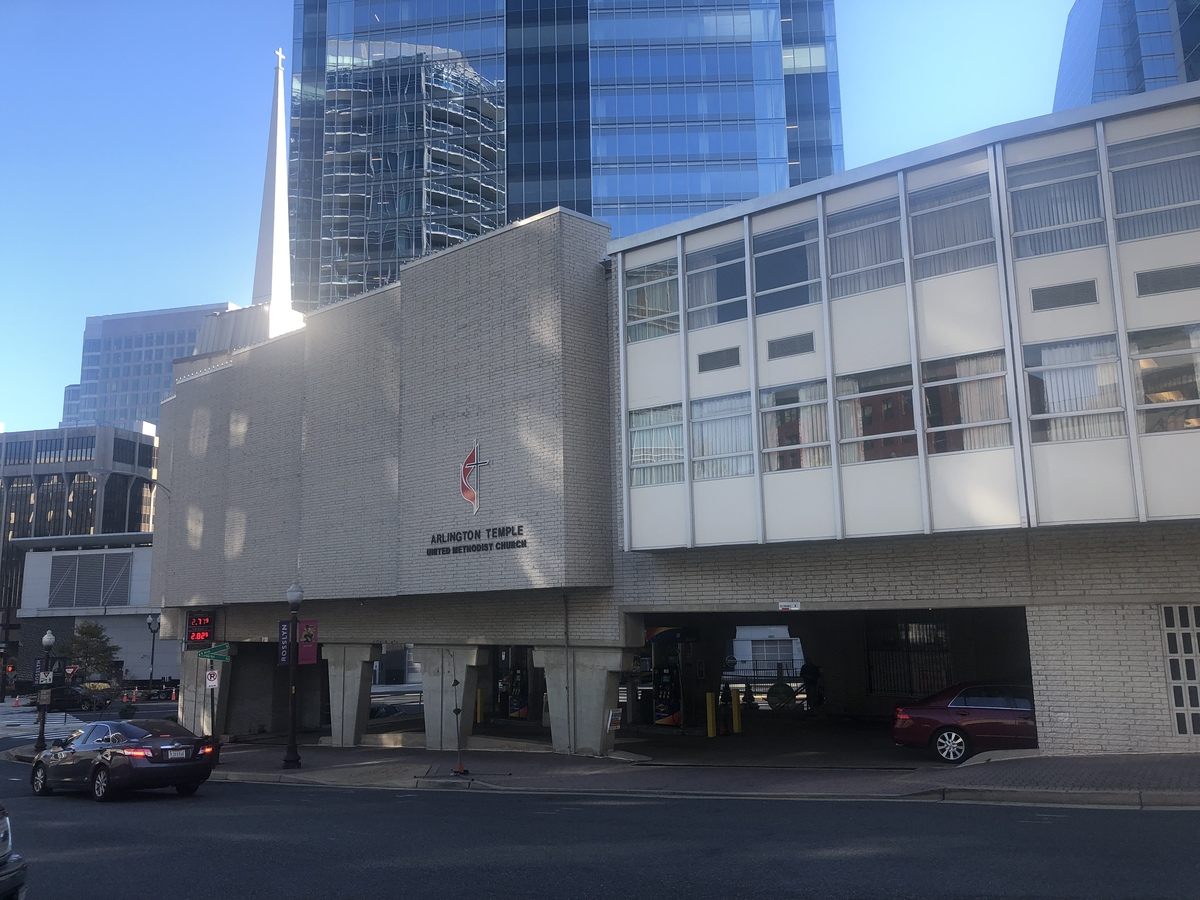 The architects who designed it must have been blessed with heavenly inspiration as they puzzled over how to turn topography to God’s advantage. How best could they use the wedge-shaped space beneath the church’s bottom floor? They could have walled it in and used it for storage. But no! Why not shoehorn something in that could augment the cash flow of the collection plate?

A filling station would work perfectly!

And so arose what is in some respects Rosslyn’s most notable edifice. 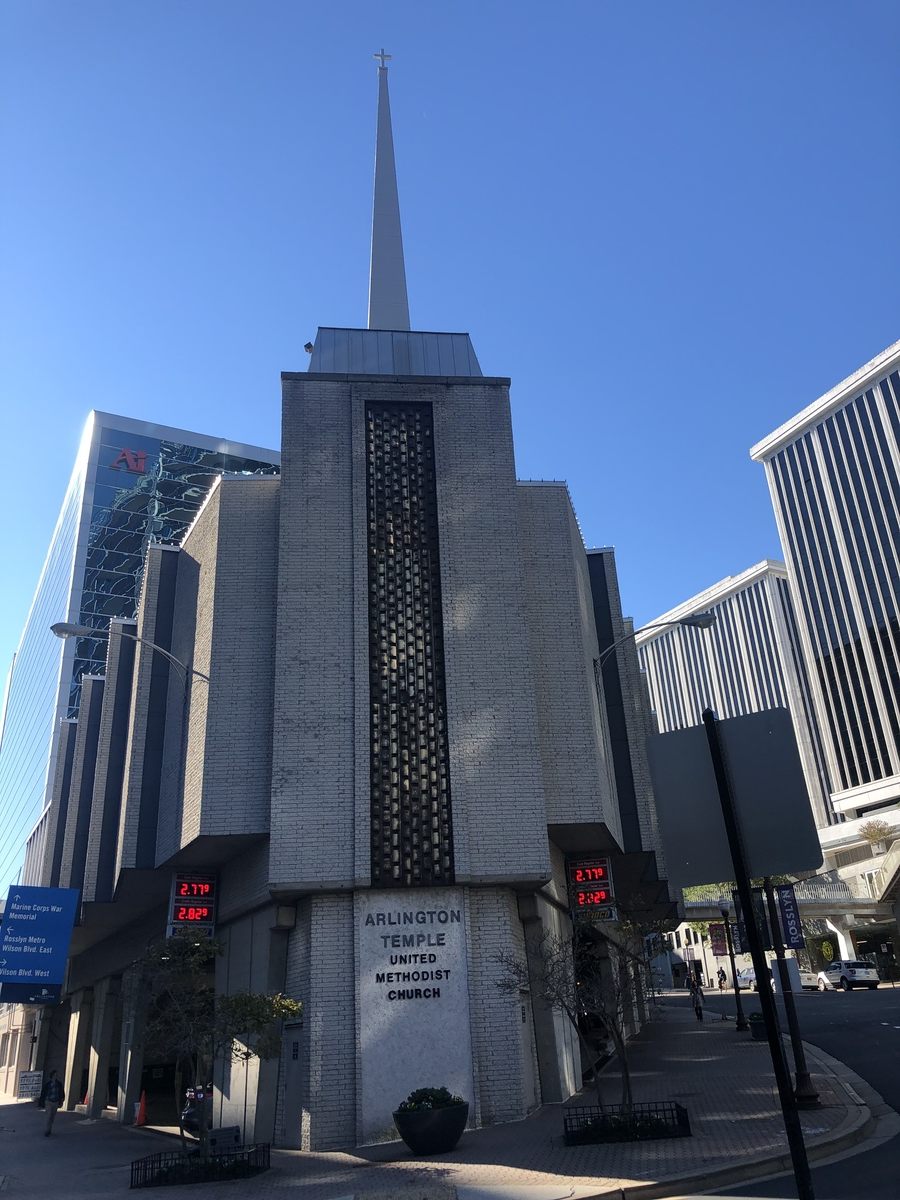 On the ground floor, petrol pumps. Then the House of God. Rising over it all, a steeple. (Note illuminated gasoline price signs and the slope of the street at right.)

Friedrich Nietzsche said God is dead. I don’t want to get dragged into that argument, but I will say it’s clear from the photograph below that in the nearly 50 years since I last spent time in Rosslyn, Our Lady of Exxon had an epiphany and underwent a conversion. She’s now Our Lady of Sunoco. 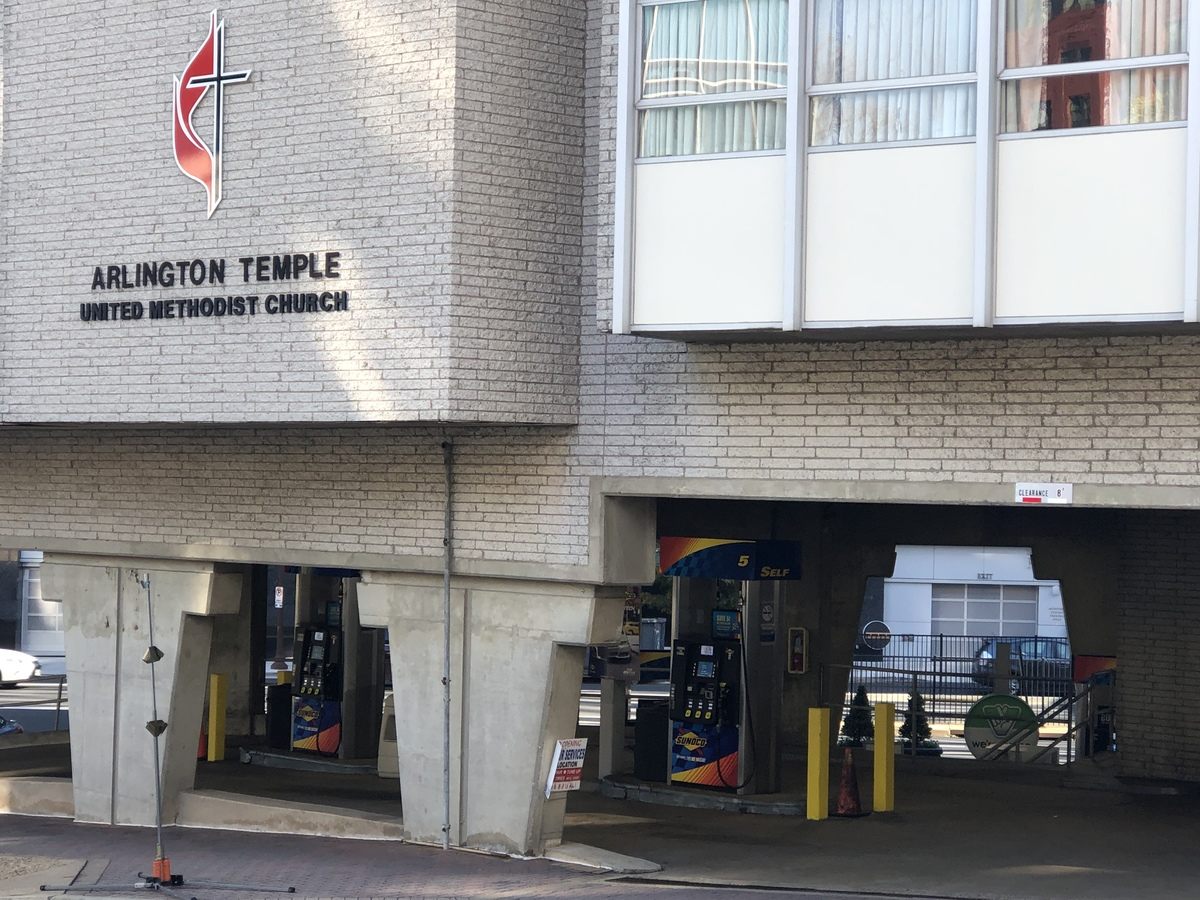 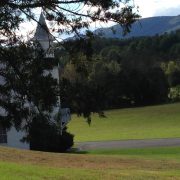 What Car Is This?
0 replies

What I Did on My Summer Vacation, Part Three