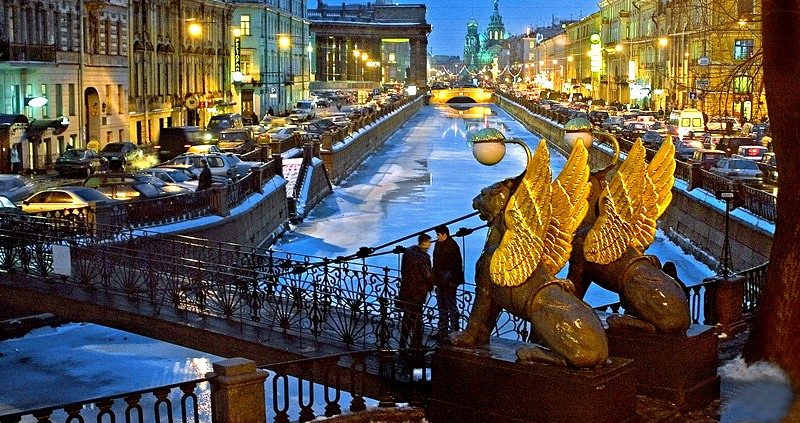 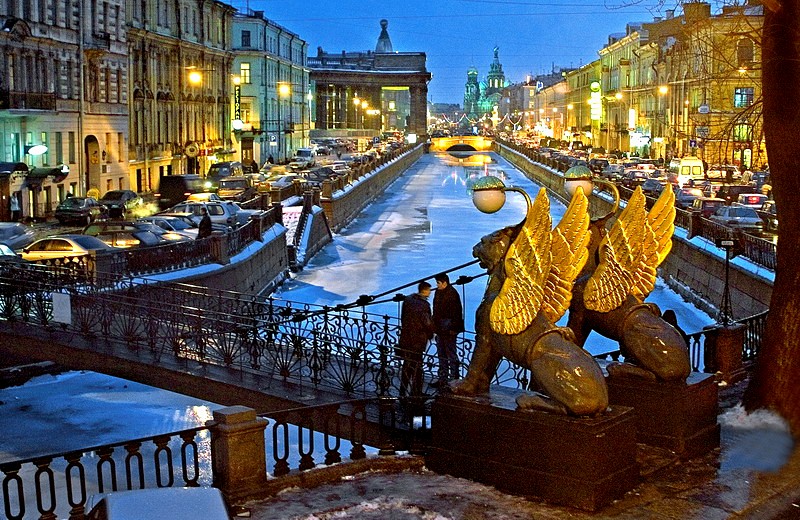 Bank Bridge over the Griboyedov Canal, one of many canals in St. Petersburg (formerly Leningrad), sometimes called “the Venice of the North.”

As a young Foreign Service officer, I arrived in Leningrad in early July 1976 to begin a two-year assignment at the U.S. consulate-general in that city, the second-largest in the USSR. I flew in on a weekend and reported to the consulate on Monday morning. The first order of business, my boss informed me, would be to call on the local branch of the Soviet Foreign Ministry, the organization responsible for all consulates in the city.

We drove there together for a 10 a.m. call. The office was housed in the former “palace” of a czarist prince. It was not a particularly large building (which is why I’ve put quotation marks around “palace”), but it had been restored – after being heavily damaged during World War II – to a state of considerable elegance. A Foreign Ministry functionary greeted us, and we then sat and made small talk over coffee and vodka for perhaps 20 minutes. The coffee was served in beautiful and, doubtless, antique demitasse cups, and the vodka in delicate, cut-glass ryumki, vodka glasses.

As we sat and talked I couldn’t keep my mind from wandering. Here I was, in an exquisitely civilized setting, exchanging pleasantries with the representative of a regime that, under Lenin and Stalin, 1917-53, had been responsible for the death of (by the most conservative estimates I’ve seen) at least 20 million of its own innocent civilians in peacetime. The same government, fundamentally unchanged, was still running the Gulag and the full repressive apparatus of a police state. And here we were, chatting while sipping vodka and coffee.

It brought instantly to mind the image of what it must have been like for a diplomat from a neutral country during World War II – perhaps from Switzerland, Portugal or Sweden – newly arrived in Berlin, being greeted in the German Foreign Ministry by a suave representative of the hideous Nazi regime. “A silk stocking filled with shit,” as Napoleon is reputed to have said of Prince Talleyrand.

It was the most surreal experience I have ever had.

Capturing a Voice
Scroll to top