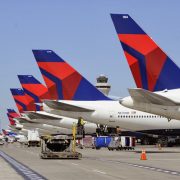 UPDATE: I sent a slightly revised version of the letter below to Delta’s complaint line the evening of May 16 and received a very gracious and responsive reply early the next morning. (I’d originally written this complaint primarily for the amusement of my blog’s readership, and only later decided to send it directly to Delta.) […]