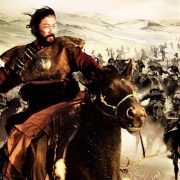 The Mongol Horde From time to time I’ve seen the words horde and hoard confused. But they’re as different in meaning as in spelling. Horde, a noun, refers to a very large group of people – e.g., a swarm, an army. In fact the word is often used to refer to the much-feared 13th century […]