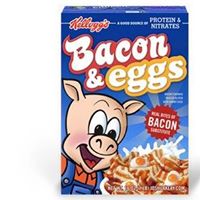 We’re tired of the tiresome “Oxford” – or serial* – comma debate, whose annoying persistence seems largely the doing of the Oxford proponents.

What this shows is that neither the use nor the non-use of the serial comma is a sure-fire way to eliminate ambiguity. It’s also worth noting (1) that if the reader has even a smidgeon of context the issue of ambiguity will never arise (who’s going to confuse JFK and Stalin with strippers?), and (2) that the good folks at the Associated Press, NY Times, Wall Street Journal, Economist and The Times (London), among many others, are capable of writing clear prose without that damn final comma.

As for us at Pen-for-Rent, we usually follow AP style, which says, in essence, “use the serial comma only when it’s needed to eliminate ambiguity.” That’s what we always try to do, because clarity is king. For more on this issue, we highly recommend these links: one, two, three.

If you’re a fan of the “Oxford” comma, please note that it is less commonly used in the UK than the USA (YES!), realize that ambiguity is a two-way street, and, if you’ve been looking down your nose at the non-Oxford rabble, think about climbing down from that high horse. (Please note that in this slightly complex sentence, we’ve used the serial comma for the sake of clarity, as recommended by the AP. It wouldn’t be needed, according to AP style, in a simple series.)

* Before we ever heard this comma dubbed Oxford (or, sometimes, the “Harvard comma”), it was usually called the serial comma. For fun, however, we occasionally like to call it the cereal comma. Why? Because a classic example of when it should be employed – to avoid ambiguity – is when a series includes a pair of things joined by “and” that we customarily think of as a single item. “Peanut butter and jelly” or “bacon and eggs,” for instance. Thus, when writing about what we had for breakfast, we might say “orange juice, cereal, and bacon and eggs.” This is a perfect example of where using the serial (“cereal”) comma makes good sense. By placing a comma before the last “and” in the series (but not the last “and” in the sentence!) it signals the reader that breakfast comprised three things, not four, and “bacon and eggs,” a single dish in most people’s minds, is just one of them.

Gauze Pads Are Not Just for Bleeding
Scroll to top