Back in 1984, I mentioned to a friend, Don Jones, a U.S. Information Agency colleague, that I’d just been assigned to the staff of the U.S. Pavilion at Tsukuba Expo ’85.1 Don was, I’d guess, about two decades older than me. I’d first met him a few years earlier when we were both posted in Brazil,2 and our paths had crossed again more recently. Don was then on the verge of retirement, but years earlier he had spent some time in Japan, so when he learned I’d be going there, he asked if I’d like to learn Japanese — and said he could teach it to me in 10 hours!

I’ll write a little about Don’s language lessons in a footnote,3 but the reason I’m recounting this story is to paint a brief (although surely far-from-complete) word portrait of one of the most colorful characters I’ve ever met. After all, any gaijin with the chutzpah to teach a fellow gaijin a language so far outside most Westerners’ experience is hardly likely to lack for cojones.

Disclaimer: Although most of what follows was told to me by Don himself, I have no reason to doubt its veracity. The portion of the portrait that pertains to Don’s “avocational interests” in Brazil comes from a mutual USIA friend4 who was contemporaneously posted elsewhere in the country.

After offering to teach me Japanese, Don explained how he’d learned the language. It began when he was in the Marine Corps during World War II, fighting in Tarawa (if memory serves me right) and Saipan. Like many other young men, Don had had to lie about his age to be allowed to enlist. He was barely out of high school, he said, where he had been more devoted to extracurricular pursuits than to his books. “I studied only enough to avoid flunking my courses and graduate,” he told me. But he felt sure his poor grades did not reflect his intelligence.

After the battle on Saipan, Don helped round up surviving enemy soldiers with the help of a few Japanese phrases, e.g., “surrender” and “hands up.” He then heard that Japanese-language classes were going to be offered to Marine Corps officers who were interested in interrogating POWs. An enlisted man with an unimpressive education, Don nonetheless managed to sweet-talk the guy in charge into allowing him to sit in, informally, on the classes. It turned out he learned so well that his test score on the final exam was the highest in the class.

After Japan’s surrender, Don wound up in Washington, D.C., looking for work. He spotted an announcement that the government needed people who knew Japanese. At the Pentagon office that had posted the announcement, his job interview consisted of little more than saying yes when a cigar-chomping colonel, who made plain his preference for hiring white people, asked if Don knew the language. He then boarded a troop ship that transited the Panama Canal and sailed across the Pacific. It was a long, slow voyage, he told me, but there were a lot of nurses aboard heading for service with the U.S. occupation forces. There was plenty of liquid refreshment as well. For Don, quite the ladies’ man, it was a non-stop party.

Once in Japan, Don was put in charge of the group of Japanese-English interpreters — highly educated people, university professors — who translated testimony in the war crimes trials.5 He acknowledged that he didn’t know enough Japanese to do any translation himself, but told me that, as an American, he not only supervised the interpreters but also played an active role in the proceedings. He explained that because Japanese verbs always come at the end of a sentence (just like German verbs — there was a certain linguistic affinity between these Axis partners!), he could easily identify a natural place to interrupt testimony. So he was the one who would press a button that turned on a red lightbulb to signal the witness to pause and wait for the interpreter to translate his words.

Don also found a Japanese girlfriend, whom he eventually married and brought back to the U.S. At some point, however, the marriage came apart thanks, in no small part, to Don’s “ladies’ man” proclivities. So pronounced were these proclivities, according to our mutual USIA friend, that when he was later posted in Recife, Brazil, Don undertook a little extracurricular enterprise — running an establishment, Masagem Executiva (Executive Massage), that catered to a certain type of well-heeled male. When Don’s assignment in Recife came to an end, according to our friend, all his ladies were at the airport bidding him a tearful farewell.

Don’s “ladies’ man” exploits did not end in Brazil, however. In the course of my Japanese lessons, he told me about how when he returned to the U.S. on home leave, he spent the entire vacation hopping from one nudist colony to another.

When I renewed our acquaintanceship in Washington, Don was courting a Dutch lady he’d met while assigned to Pakistan — she had been working in the Dutch embassy there. He unabashedly told me they’d met when performing in a play for the expatriate community in Islamabad, and that he’d been particularly impressed by her “ample charms.”

Last I heard, Don and his Dutch girl were married and living in happy retirement somewhere in Central America.

1. The pavilion’s exhibits were then still in the planning stage, and although I would be posted in Japan as the pavilion’s director of events (starting about a month before the expo’s opening in the spring of 1985), I was immediately assigned to the small team at USIA’s Washington headquarters that was working on the details of the exhibits on the pavilion’s theme of artificial intelligence. That turned out to be a crash course in AI, and one of its outcomes was the welcome statement I drafted for President Ronald Reagan to be posted at the pavilion entrance. This link shows the version of that statement that appeared in the pavilion’s brochure. It also shows a statement I wrote for the pavilion’s commissioner general, Ambassador James Needham, a former chairman of the New York Stock Exchange and, before that, a member of the Securities and Exchange Commission.

2. I was initially posted to the U.S. embassy in Brasilia and later moved to the USIA office in Belo Horizonte, capital of the state of Minas Gerais, then the fastest-growing city in the Western Hemisphere, located about halfway between Brasilia and Rio de Janeiro. Don was posted to our consulate in Recife, at the northeastern tip of the country.

3. Don taught me a surprising amount of Japanese in weekly lessons after work at his home, although it was hardly enough to enable me to speak the language. In addition to quite a bit of vocabulary, I learned basic sentence structure (not only that verbs come at the end of a sentence, but the one-syllable words that mark the subject and direct object in a sentence), the words that denote a question and an exclamation, and the form of verbs in both present and past tense. Those were the main things, and I found the lessons quite helpful. In any case, I didn’t need a lot of Japanese, because in the expo’s international environment English was the only language required to get things done.

4. Alan Rogers, forever immortalized in my memory by the name my kids called him, “Mr. Rogers,” as well as by his delightful sense of humor. One memorable example of that humor: While working in USIA’s office of African affairs, Alan was shown the plans for a USAID exhibit, intended to be shown in several African countries, about the U.S. poultry industry. The exhibit was to be called by a terribly unimaginative name. Alan suggested, tongue in cheek, that it should be renamed “Pullets for Peace,” which, he pointed out, could be nicely translated for audiences in Africa’s many francophone countries as “Poulets Pour la Paix.”

5. Don didn’t specifically claim that the trials at which he worked included the best-known of the “Tokyo trials” — the one at which Japan’s wartime prime minister, Hideki Tojo, was convicted and later hanged. In fact, there were numerous other trials of individuals charged with war crimes. 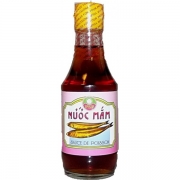 Anti-Semitism, Both Right- and Left-Wing
Scroll to top