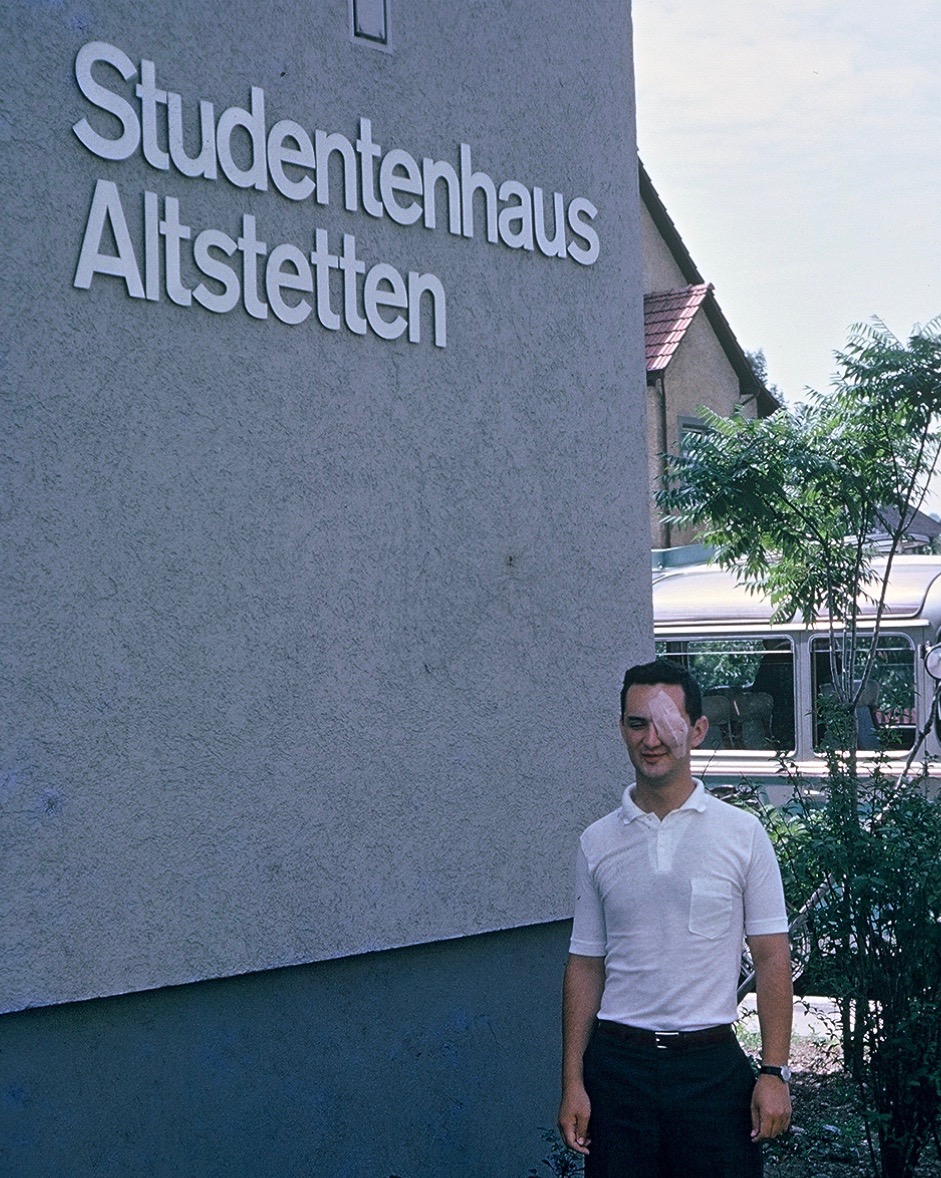 1965: The author of this blog in Zurich, after learning what could go wrong

Have you ever looked at one of those ubiquitous signs in public places that display a laundry list of prohibited activities …
NO Swimming
NO Running
NO Fingernail Biting
NO Playing 3D Chess
NO Left-handed Bowling
NO Opera Singing After 2:35 p.m.
and asked yourself: Why the hell not? What could possibly be the harm in doing any of those things here?

Well, that’s exactly the question I asked myself back in 1965 when I was on a train in Switzerland and saw a sign telling me — in four or five languages (I lost count)
NO Sticking Your Dumbass Head Out the Window

What could possibly go wrong? This is Switzerland — the locomotive is not spewing clouds of hot cinders; it’s electric; it’s clean; and there’s more than enough clearance to allow me to stick my dumbass head out the window and get some clean Alpine air without whacking it as we whiz past the poles that hold up the overhead power lines.

So I went ahead and stuck my idiot head out the window. And enjoyed the clean, 100 km/hr Alpine breeze as we zipped past those poles.

But that evening, after arriving in Zurich, I felt something in my eye. I thought it was an eyelash, but I couldn’t see the irritant in the mirror, and try as I might, I couldn’t wash it out. So I finally gave up and went to a clinic. There, an ophthalmologist took a close look at my eye and carefully extracted a short steel sliver, no longer than a day’s growth of a whisker, no thicker than one of the fibers in a Brillo pad. I’d picked it up, he told me, on the train. Train wheels, he explained, sometimes flake all-but-microscopic steel filaments off the rails and kick them up to window height.

That’s why they say it in all those languages — Nicht aus dem Fenster Lehnen; Ne Vous Penchez Pas par la Fenêtre; Non Sporgersi dalla Finestra. And that is exactly what could go wrong, you dumbass tourist!

From Bali to Timor — a Memorable Flight
Scroll to top