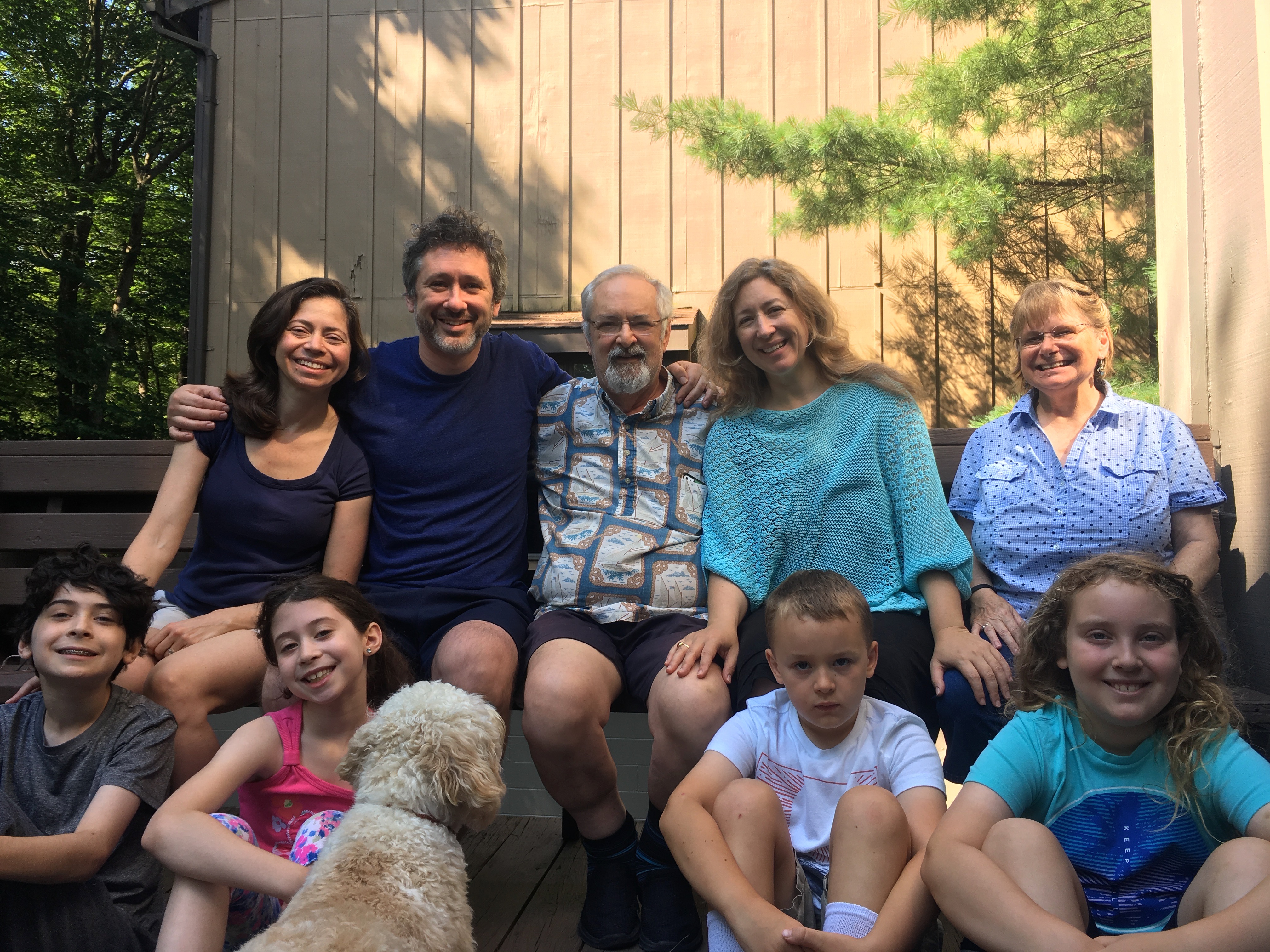 Think back to your school days and a typical assignment on the first day back in the classroom — being asked to write that dreaded essay, “What I Did on My Summer Vacation.” Here’s mine.

Sandra and I went traveling. No. Not to an exotic “garden spot” like Hawaii (Been there, done that), Tahiti (Hawaii with a French accent), or Bali (Been there too!). Nor to the capitals of Europe to steep ourselves in culture.

No indeed. We packed up and headed for Pennsylvania. Yessir! And we had a great time. 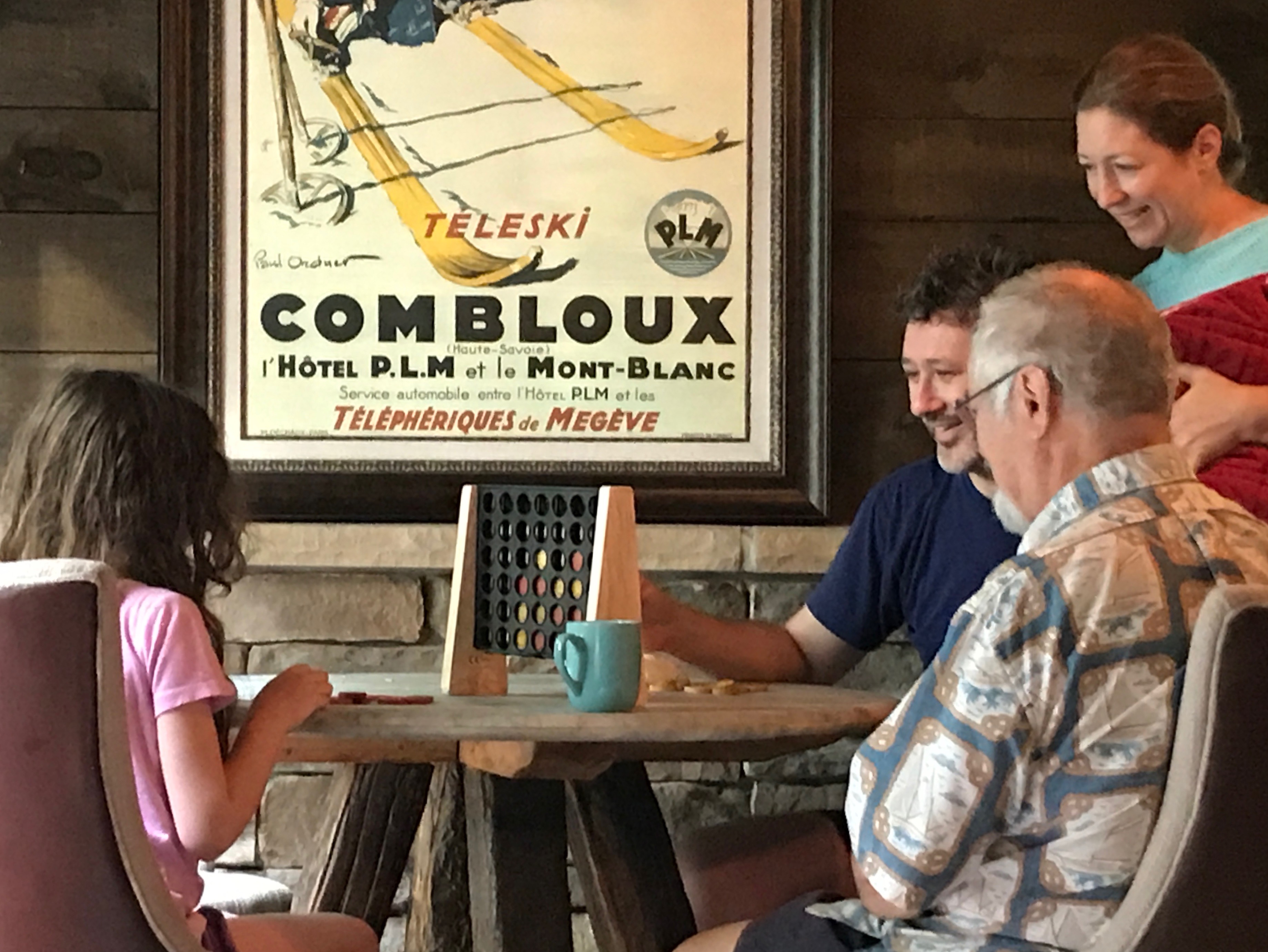 Relaxing in the condo between outdoor adventures

We flew to Pittsburgh, rented a car and headed an hour or so southeast to the Laurel Highlands, where we rented a condo and got together with our Eastern kids and grandkids, along with my step-sister Dolores and her family. We chose that area because it’s located roughly midway between the homes of our kids, Naomi (Ann Arbor, Mich.) and Adam (the Washington, D.C., area). (Unfortunately, our Santa Rosa kid, Melissa, and her family were unable to join us.) 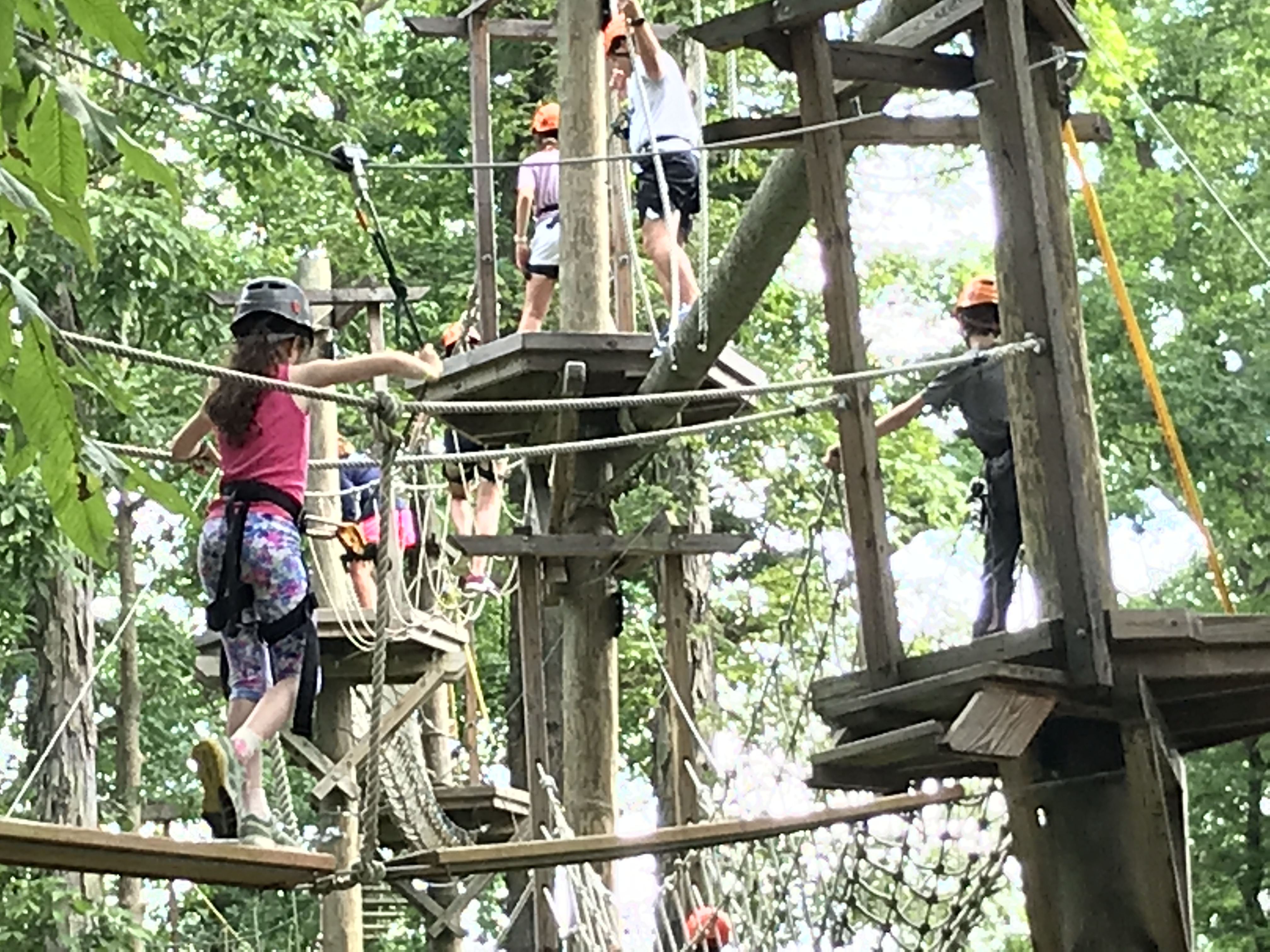 For the next week, we hung out, cooked and ate a lot of great food, drank a little wine, hiked along the rapids of the Youghiogheny River near Ohiopyle, went white water rafting, watched a few daredevils scoot down the “Natural Water Slide” of a heavily swollen stream (people are advised not to attempt the slide when the water is high), enjoyed watching the kids ziplining, visited Fort Necessity National Battlefield (site of the first French and Indian War battle, which was George Washington’s first military engagement), and explored the countryside, whose lush green hills are a delightful contrast to the browns and tans of summertime California. 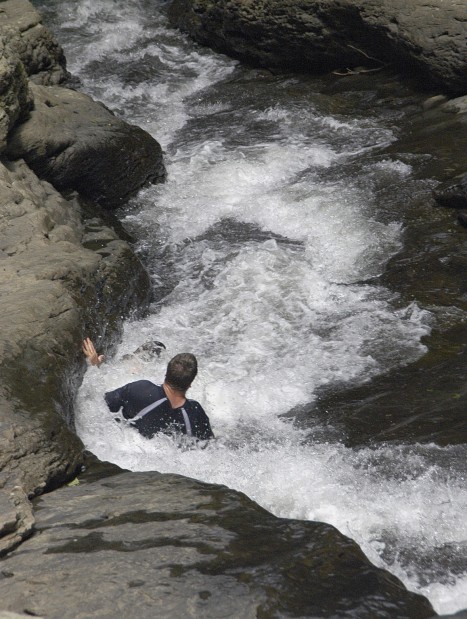 We also spent an enjoyable afternoon at Falling Water, a stunning architectural masterpiece of a (formerly) private home designed by Frank Lloyd Wright, which blends almost organically into the hillside against which it is built. And, one day while the grandkids were enjoying a nearby pool, Sandra and I drove to two nearby sites of interest. 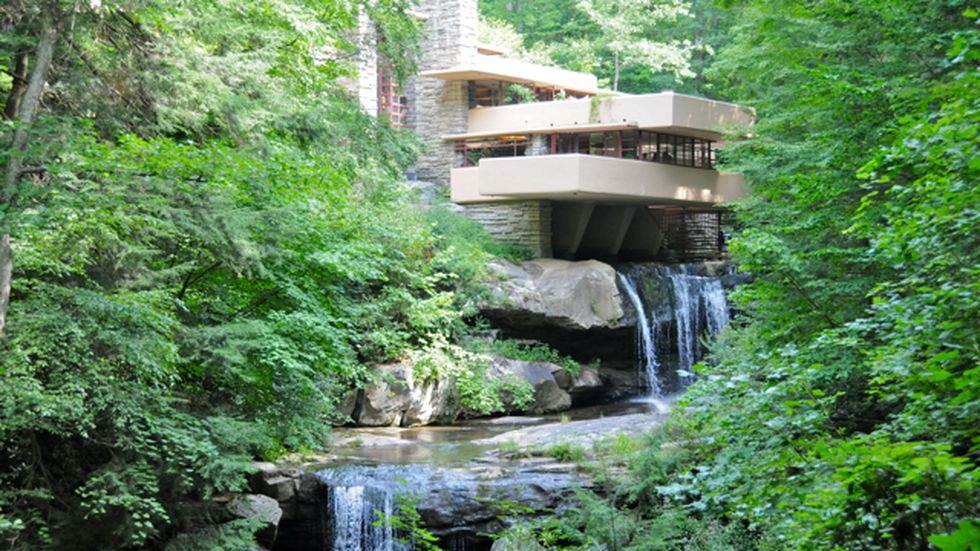 One was the field just north of Shanksville, where United Airlines Flight 93 crashed on Sept. 11, 2001 — the fourth plane seized by the 9/11 terrorists who attacked the World Trade Center and the Pentagon. The Flight 93 hijackers apparently intended to slam the plane into either the White House or the U.S. Capitol but were thwarted by the passengers, who stormed the cockpit, precipitating the crash. The National Park Service has created a moving, tasteful memorial at the site. 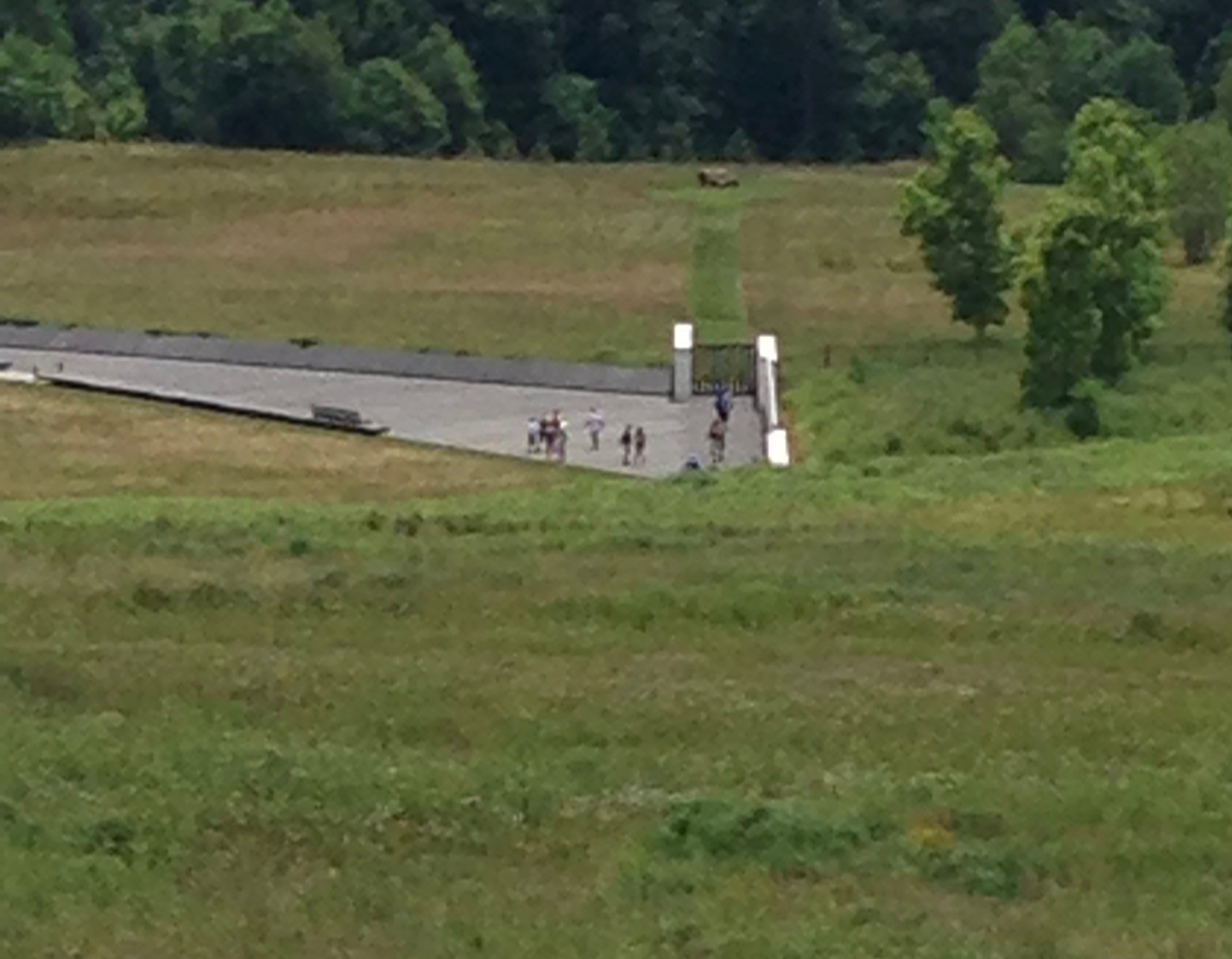 Flight 93 crash site. The plane hit at the spot marked by the monument in front of the trees. The strip of grass leading to the monument traces the plane’s flight path in its final moments.

The other site we visited was the epicenter of the Johnstown Flood of May 31, 1889, the largest civilian disaster up to that point in the nation’s history, in which over 2,200 people perished.* It was triggered by the failure of an old and poorly maintained earthen dam that failed after a record rainfall, unleashing a tsunami — nearly 4 billion gallons, 20 million tons — of water down a narrow valley, washing away everything in its path. Sandra and I spent some time in the Johnstown Flood Museum, whose most striking exhibit is a large, interactive model of the valley, showing the course of the floodwaters and the devastation they caused.

After a great week together, the kids and grandkids drove home, while Sandra and I took another week to enjoy the Northeast a little more. Our primary objective was Niagara Falls, about six hours’ drive away, much of it along the shore of Lake Erie. More on that and some of the other areas we explored in northern Pennsylvania and western New York State in future posts. (For my impressions of some of the restaurants we checked out along the way, see last week’s post.)

The Restaurant Review You’ve Always Been Tempted to Write